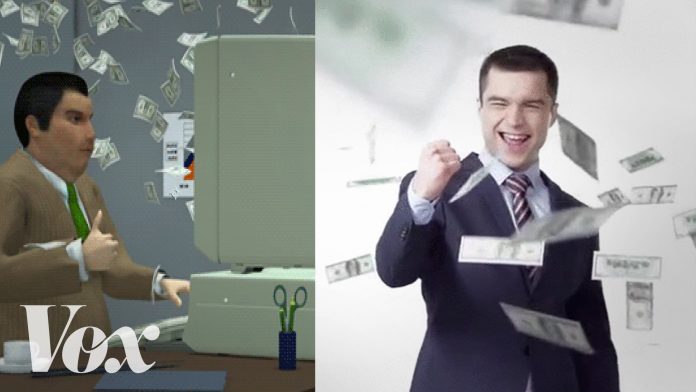 The GIF was invented in 1989. And since its beginning, the GIF has been used to make money. At first, GIFs were sold as placeholders for the web of the ’90s and early 2000s. But after web design became informed by professional standards, gifs lost their role as placeholders. Eventually they became tools of expression, turning snippets of video from popular culture into bite size communication devices. Today, a few big tech companies are trying to capitalize on this new use of GIFs, partnering with brands who want their content to be used as communication.