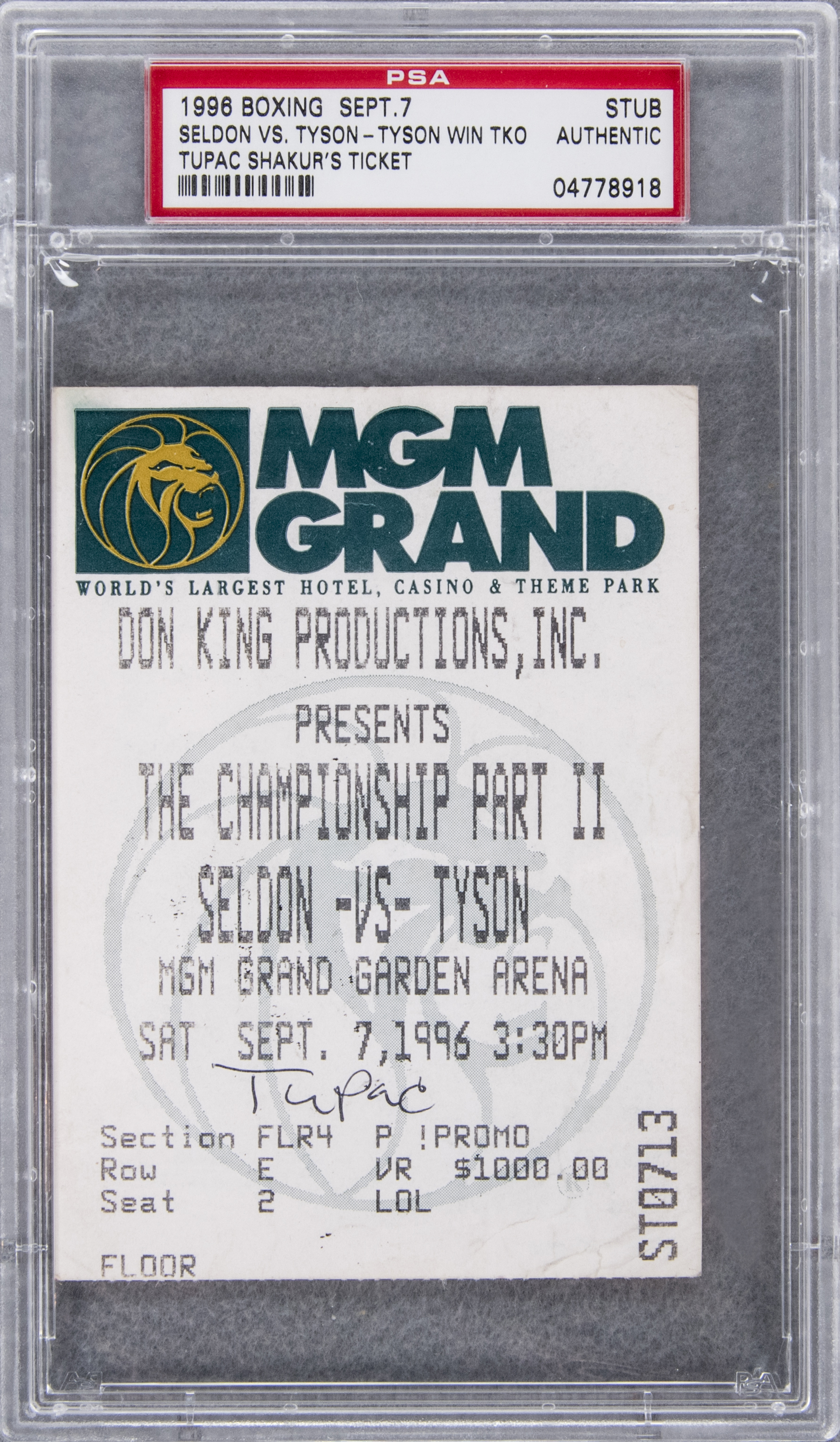 On the night of September 7, 1996, the entire sporting world was zeroed in on Las Vegas for the Bruce Seldon – Mike Tyson fight. The fight was to be the culmination of Tyson’s long road back to the top after his 3-year incarceration for rape. Among the wide range of notables who were lucky enough to score tickets at the MGM Grand that night was the Reverend Jesse Jackson, MC Hammer, Rosanne Barr and hip-hop’s brightest star, Tupac Shakur.

Tupac was in the company of Suge Knight, the owner of Death Row Records plus a body guard and one of Knight’s friends. The group occupied four of the best seats in the house, costing a thousand dollars apiece. The fight itself was savage but short – in one of the shortest Heavyweight Championship bouts in history, Tyson KO’d Seldon in just one minute and 49 seconds. The humiliating loss ended the career of Bruce Seldon and indirectly led to the end of another man’s career as well.

In the lobby of the Grand after the fight, Tupac and Knight ran into “Baby Lane” Anderson, a Crips gang member from Compton. In a beef stemming back to Anderson’s robbery of a Death Row intimate, Tupac and a number of his entourage attacked the gang member. Tupac and Knight then left the Grand with the intention of going to Club 662, a Death Row-owned nightclub. Tupac rode with Knight in his BMW trailed by a convoy of their respective entourages. The BMW was pulled over on Las Vegas Boulevard by motorcycle cops for loud music and no license plates. The pair were released with no charges when the plates were located in the car’s trunk and the convoy continued on towards the club. Minutes later Knight stopped at a red light in front of the Maxim Hotel. Shakur, who was hanging out of the car’s sunroof, invited a pair of women in the car beside them to follow them to Club 662. Moments later a second car pulled up on the opposite side and sprayed the BMW with automatic weapon fire. Tupac was hit twice in his chest and once in the thigh and arm. Knight was hit by a bullet fragment but otherwise emerged unscathed. The two men were defenseless as the men’s body guards were in the following cars. Embracing the image of the “gangsta” to the last, Tupac’s final words were “Fuck You” to a responding police officer. Shakur was raced to the University Medical Center where he clung to life for six days before expiring from internal bleeding on September 13.

Golden Auctions has up for grabs the very ticket Tupac used to gain entrance to the fight. The 3 1/4 x 4 ½ inch ticket has the MGM Grand logo and the fight information printed in dot-matrix computer type. Section FLR4 Row E Seat 2, Tupac’s seat, is printed at the bottom and “Tupac” has been written in an unknown hand just above the seat number, most likely by someone in the box office. The stub shows light wear with very light wrinkling and edge wear from where the stub was detached upon entering the venue. This incredible piece of music history has been graded Authentic and encapsulated by PSA/DNA (04778918). A third edition copy of Cathy Scott’s “The Killing of Tupac Shakur” with bookmarked passages regarding the Tyson-Seldon fight is also included in this lot. It was also announced that Tupac has been inducted into the Rock & Roll Hall of Fame and is a part of the Class of 2017 inductees.