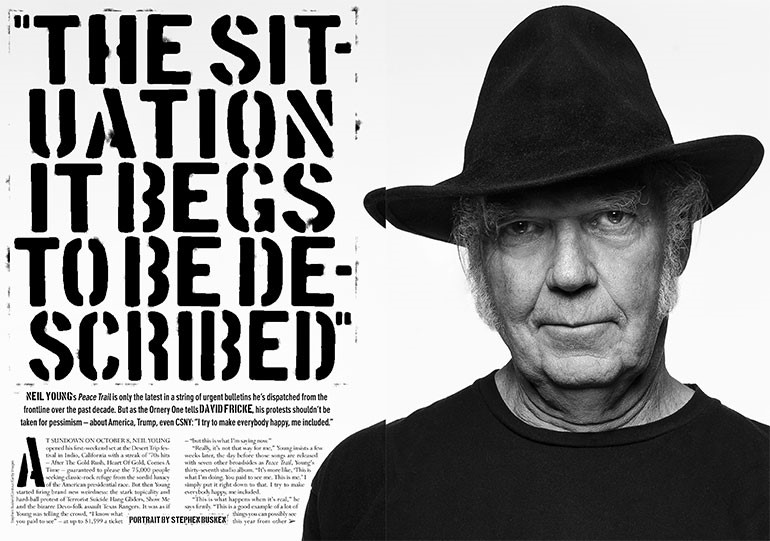 Neil Young insists in the latest issue of MOJO magazine that the door is not shut on a possible revival of Crosby, Stills, Nash & Young – or at least, not as far as he’s concerned. “I think CSNY has every chance of getting together again,” he tells MOJO’s David Fricke. “I’m not against it.” In addition to his conciliatory words regarding his latterly-estranged bandmates, Young talked MOJO through his latest album, Peace Trail, and shared his feelings about the current political situation. While underlining his commitment to causes that place him in apparent opposition to the new regime in the White House, Young is also surprisingly phlegmatic about President Trump, whom he describes as “water on the garden of activism”. Young’s latest thoughts on protest music, including a reflection on his groundbreaking 1969 song Ohio, his current philosophy of music making, and news of Pono – Young’s bespoke high-end digital music technology – round out a fascinating interview. Read more about Neil Young here.