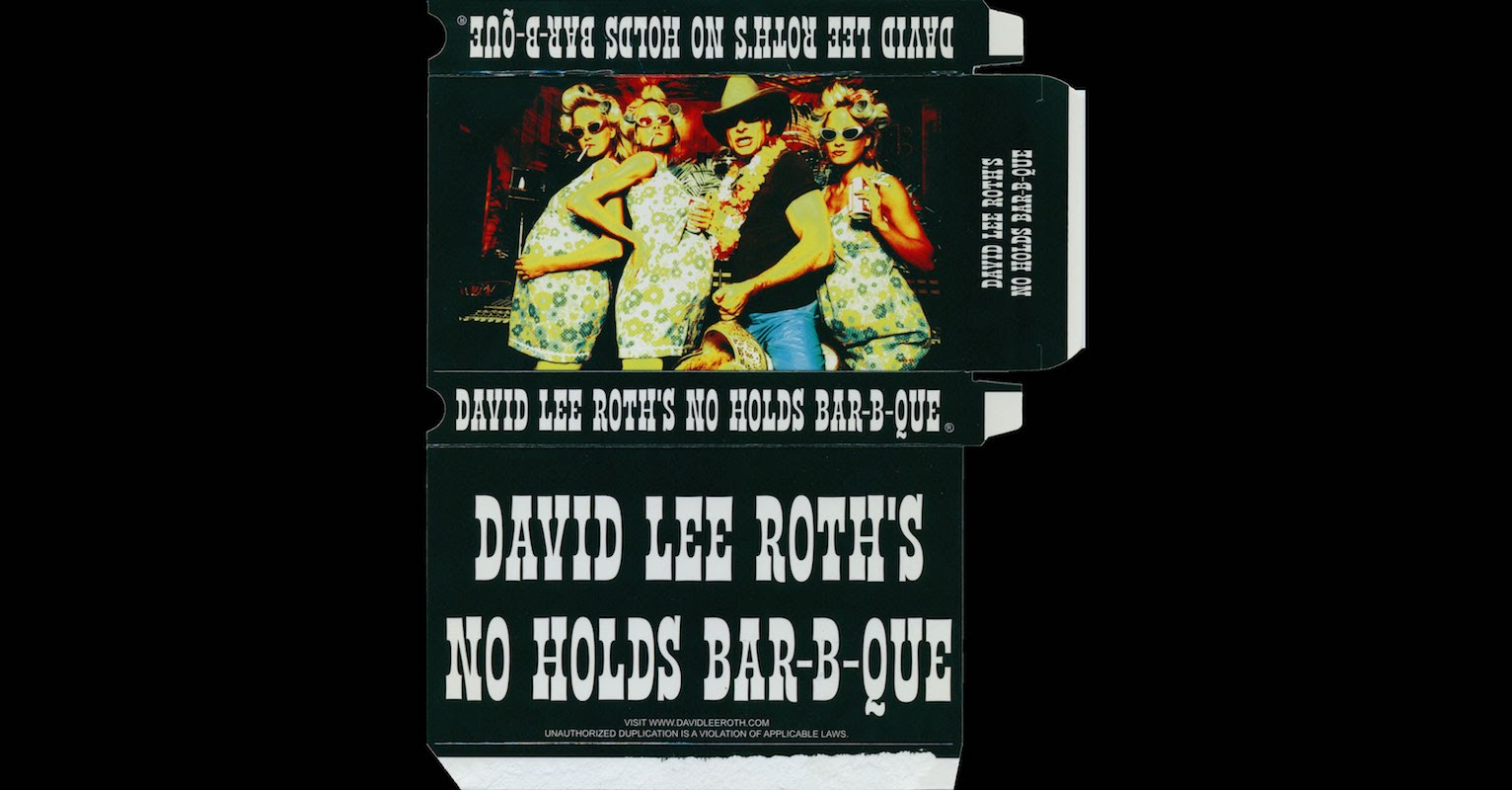 During an interview with the A.V. Club, David Lee Roth described 2002’s No Holds Bar-B-Que film as “A variety of ingredients, I think probably that you’d recognize instantly. Fritz Lang’s Metropolis, Soupy Sales, Groucho, Kurosawa, Hugh Hefner and on and on and on. But I’ve woven it together in a form that I think is much more appropriate for our national attention-deficit syndrome, or whatever it is we’re having. As in, ‘Too hip, gotta go, golly, look at the time. Gotta go change the air in my tires, love to hang, bye.’”

No Holds Bar-B-Que never really saw an official release, although VHS copies were circulated among select press outlets at the time. CDNow offered a explanation, saying it “opens with Roth flailing about in a large city in some sort of Kung Fu/T’ai Chi-style dance with swords and poles” and “only gets stranger” from there.