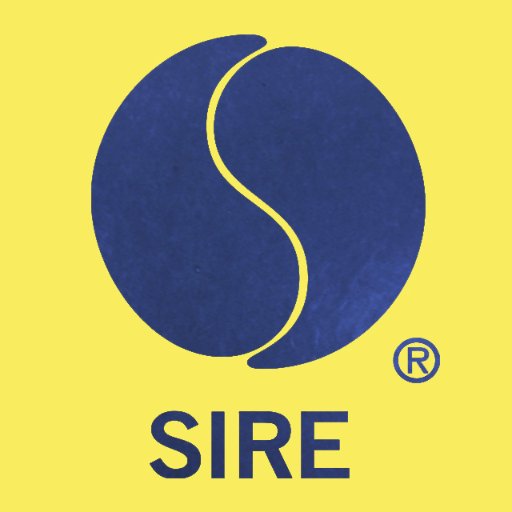 2017 is shaping up to be “The Year of Sire” as the legendary label marks its 50th anniversary with a string of events in the upcoming months. Founded by Seymour Stein – who remains at the helm today – and Richard Gotterher, Sire was launched as a full-fledged independent label in 1967. By the mid-‘70s, the company had become a champion of the emerging punk and New Wave scene with such groundbreaking signings as the Ramones and Talking Heads. In 1976, Sire joined the Warner Music Group family, growing into one of the world’s most influential record labels and a groundbreaking cultural force, with a roster that expanded to include iconic performers such as Madonna, the Pretenders, the Smiths, Depeche Mode, the Cure, k.d. lang, the Cult, the Replacements, Ice-T, and dozens more.

The Sire 50th celebration kicks off on February 6th, when the Recording Academy hosts a special Grammy Week event with Seymour Stein at the Grammy Museum at L.A. Live. The intimate evening will feature a panel discussion with Stein and special guests Billy Duffy of the Cult, director/producer Brett Ratner, and Martin Mills, Chairman of the Beggars Group, moderated by Scott Goldman, Vice President of the GRAMMY Foundation and MusiCares.

A highlight of Sire’s anniversary year will be the fall publication of Stein’s long-awaited autobiography, written by Stein and noted author Gareth Murphy. Other events planned include: a talk with Stein and special guests at the 92nd Street Y in New York City (date TBD); the launch of a new Sire Records website on February 3rd, along with a Sire 50 playlist campaign across multiple streaming services; a special limited edition vinyl box set release; a number of high-profile media stories; and more to be announced. In addition, a documentary film on Seymour Stein and Sire is currently being planned by Stein’s daughter, Mandy.

At the same time that Sire is celebrating its rich history, the label is moving into its sixth decade with upcoming releases from a slate of exciting new signings, including Ethan Gruska, Alvarez Kings, Sugarmen, The Lottery Winners, Cold Fronts, and Residual Kid. In addition, Stein has recently overseen new Sire album projects for Cyndi Lauper and Paul Shaffer, released via WMG’s Rhino Entertainment. Alongside his work at Sire, Stein also works closely with ADA, the independent services arm of WMG, in seeking out new talent and fresh business opportunities around the world.

“Seymour has been a pillar of our Warner Bros. family for the past four decades,” noted Warner Bros. Records Chairman & CEO Cameron Strang. “The roster of artists he has brought to WBR over the years is nothing short of astounding, and the Sire catalog is a gem filled with revolutionary, culture-shifting music. The brilliance of Sire is a direct reflection of Seymour’s unbridled passion for artists and their songs, his encyclopedic musical knowledge, his insatiable curiosity, and his uncanny ability to recognize original, compelling talent. The range and diversity of artists he has championed is extraordinary, and he changed the landscape of our company and modern music forever. I am thrilled to congratulate him on the 50th anniversary of the great Sire label.”

“Seymour’s love of music and dedication to this business are unparalleled, and his influence on the course of contemporary music and culture cannot be overestimated,” said Warner Music Group CEO Steve Cooper. “He is a pioneering figure in the history of our industry, and has played an irreplaceable role in the evolution of WMG as a home for the most innovative and original artists in modern music. Today, Seymour continues to be a vital force in the business, through his work at both Sire and ADA – as he travels the globe in search of cutting edge label partners and the next generation of musical genius. Seymour defines what it means to be a music man and a global citizen. All of us at WMG are honored and deeply proud to call him one of our own.”

“It’s impossible to believe that it’s been a half century since Richard Gotterher and I decided to turn our little production company into a proper record label,” said Seymour Stein. “I’ve been blessed to be surrounded by so many, many great artists. I always tried to get in on the ground floor and see artists before anybody else, and I believe that great music will always prevail, sooner or later. The one constant is that it all begins with the song, and that’s the most important thing. Recorded music is 140 years old, but there’s been a music business for hundreds of years, and I love being part of that continuum as much now as I did when I started out over 60 years ago. I also want to thank my colleagues at WMG for giving Sire such a welcoming home for the past four decades, and my many great team members at Sire over the years for their invaluable contributions.”

Seymour Stein is co-founder and Chairman of Sire Records, and has been its driving visionary and creative force for the past half century. Stein’s unique ability to anticipate musical trends, and to discover and sign the greatest artists within those movements, has left an indelible mark on contemporary culture. In 2005, he was inducted into the Rock and Roll Hall of Fame, which he co-founded in 1983 with Ahmet Ertegun, Jann Wenner, Jerry Wexler, Bob Krasnow, and Allen Grubman. In 2012, he was the first recipient of Billboard’s Icon Award, presented at MIDEM, and in 2016, he was honored by the Songwriters Hall of Fame.

2015 marked Stein’s 60th year in the music business. It was in 1955, when he was just 13 years old, that Stein was granted access to the Billboard archives, where he painstakingly wrote down two decades of charts, while developing his encyclopedic memory of songs. Following his high school graduation, Stein became a full-time member of the Billboard staff, mentored by Paul Ackerman and Tom Noonan. In 1961, he moved to Cincinnati, where he worked for King Records founder Syd Nathan, getting his first experience on the label side of the business. Stein returned to New York two years later to work with George Goldner, who had joined forces with legendary songwriters Jerry Leiber and Mike Stoller to form Red Bird Records, headquartered in the Brill Building.

In 1966, Stein co-founded Sire Productions with producer Richard Gottehrer, and Sire Records was officially launched the following year. Stein had been a devotee of the English music scene since the 1950s, and in its early days Sire released albums by British acts like Climax Blues Band, Renaissance, and Barclay James Harvest, as well as Holland’s Focus, who put Sire on the map with their hit, “Hocus Pocus.” Stein also forged an association with British producer Mike Vernon’s Blue Horizon Records, home to Peter Green’s original Fleetwood Mac and Chicken Shack, featuring Christine McVie.

Stein first saw the Ramones in 1975, and as he said, “It was like sticking my hand in a live electric light socket.” The band’s first album was released by Sire in 1976, and four decades later, it remains one of the seminal recordings in rock and roll history. That same year, Sire struck a distribution pact with Warner Bros. Records, and in 1980, Warner Music Group acquired Sire, with Stein becoming an official member of the company’s senior management team.

Stein put New Wave music – a term he coined – on the mainstream map with the likes of Talking Heads and the Pretenders. And in a moment that has become a permanent part of music industry lore, Stein signed a young artist named Madonna while he was in the hospital recuperating from a heart infection. At the same time, Sire released classic pop singles like M’s “Pop Muzik,” Soft Cell’s “Tainted Love,” and Modern English’s “I Melt With You.”

The life of Seymour Stein and the story of Sire – past and present – form an extraordinary, game-changing chapter in the history of music in the 20th and 21st centuries.