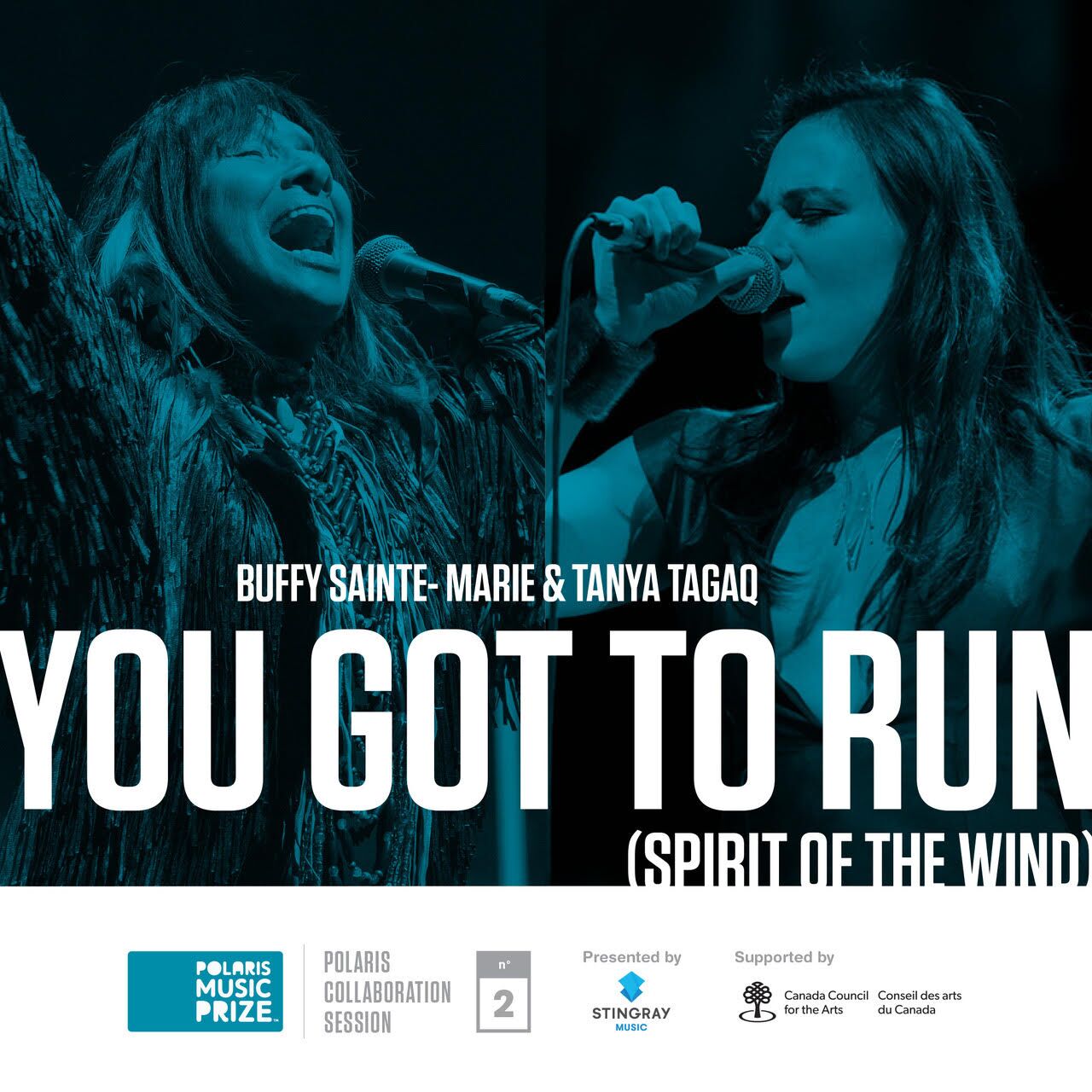 The Polaris Music Prize, presented by CBC Music and produced by Blue Ant Media, released its second collaboration session today. The session features historic pairing of 2015 Polaris winner Buffy Sainte-Marie and 2014 winner Tanya Tagaq working together for the first time. Their recording of Buffy’s song “You Got To Run (Spirit Of The Wind)” is now available via Stingray Music and YouTube.

Presented by Stingray Music and generously supported by the Canada Council for the Arts, the purpose of the Polaris Collaboration Session is to get two Polaris nominees together to create a whole new piece of music. “You Got To Run (Spirit Of The Wind)” can be heard across the following Stingray Music and Vibe channels on TV, web and mobile: Canadian Indie, Adult Alt, Canadian Voices, Canadian Adult Alternative, All Aboot Indie, Canadian Indie Chart and Stingray’s Hall of Fame Picks.

The song was recorded in fall 2016 at Orange Lounge in Toronto with producer Jon Levine (Nelly Furtado, K’naan, Drake). It was mixed by Howie Beck (Feist, Hannah Georgas, Jason Collett).

Written by Sainte-Marie, the song was inspired by champion dogsled racer George Attla, who competed in the first-ever Iditarod dog sled race in 1973 and was the subject of the 1979 film, Spirit Of The Wind.

Tagaq and Sainte-Marie hope the message of “You Got To Run (Spirit Of The Wind)” can affect listeners in a number of inspiring ways. “It reminded me of growing up in Nunavut,” explains Tagaq. “Sometimes when things get difficult you have to pick yourself up, you can’t let things bring you down. You could take it to be an anti-suicide message. I really appreciate its powerful lyrics.”

Sainte-Marie wouldn’t be opposed to political candidates using it as a theme song. “There are very important things going on in Indian country right now. This is a song I’d like to hand to any of our Aboriginal candidates who really are in a position, finally, to make a big difference,” said Sainte-Marie.

An in-the-studio performance video of “You Got To Run (Spirit Of The Wind)” is available at the Polaris Music Prize YouTube channel. Episode five of the Polaris Podcast features an in-depth interview with Sainte-Marie and Tagaq where they discussed making the song. A free digital download and a separate vinyl release of the song will be coming at a later date.