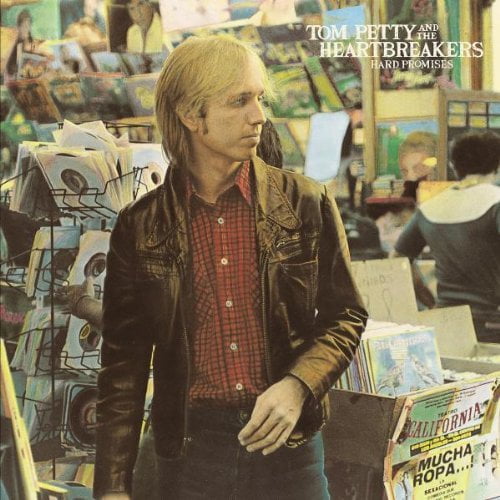 On February 10, Tom Petty was honored as the 2017 MusiCares Person of the Year, in recognition of his significant creative accomplishments, his career-long interest in defending artists’ rights, and the charitable work he has undertaken throughout his career. Speaking at the 27th annual MusiCares gala during GRAMMY Week, Petty reflected on his life of Rock and Roll.

Twenty years ago I’d have been way too cynical to do this, but I’m 66 now and I feel ya. I thank you for this and it’s a great honor. I’ve watched the whole show backstage. I’ve never — I’m really at a loss for words. The music has been wonderful, and I thank all these artists for coming.

I’d also like, right off the bat, to thank my band the Heartbreakers. They’re such an important part of all of this — I didn’t want to forget them. I know it’s been a long night, I won’t talk too long. I want to play you a bit more music. We have some friends we brought with us and we’re gonna get to that in just a second.

I’m just so beyond honored to be here for MusiCares. For something that does something for musicians. I know people that this has directly affected. And they know how to do it. They don’t ask for a lot of paperwork and the money shows up. And they’ve helped so many people.

And I thank all my friends and the artists that have come. To be here in the presence of so many great American songwriters is amazing. You know, Jackson Browne, Don Henley, Lucinda Williams, Randy Newman. We’re truly honored.

It’s been about two years since I played with the Heartbreakers. Honestly, I’ve been producing records the last couple of years. We got together last week and rehearsed for this thing, and I realized I may actually be in one of the best two or three Rock and Roll bands there is. I’m so proud of them.

I got into Rock and Roll at age ten. I was collecting records — Rock and Roll records. Not rock; this was Rock and Roll. The roll designates a swing — there’s a swing in the roll. It’s a music that was created by black people, given its name by a white DJ named Alan Freed who, along with Sam Phillips — in music they saw it as a conspiracy to get black music on white popular radio. And when Sam found Elvis he called Alan and said “We’re ready to roll.”

The music became popular and it empowered the youth of America. The government got very nervous — especially the Republicans. They put Elvis in the Army and they put Chuck Berry in jail. Things calmed down for a couple of years. But it was too late; the music had reached England. And they remembered it.

“I joined the conspiracy to put black music on the popular white radio.”

In 1964, The Beatles came. I had my eyes opened like so many others and I joined the conspiracy to put black music on the popular white radio. And Rock and Roll goes on, you know. More like the blues or jazz now. But I’m heartened to see these young bands — The Head and the Heart, Cage the Elephant, The Shelters. They’re gonna carry this forward. And we have to be there to support them through it. Because there ain’t nothing like a good Rock and Roll band, people — here to tell you.

Let me kind of fast forward here — you know my story. This is kind of a surreal moment in a surreal life. For some cosmic reason, so many of the artists that I adored came into my world without me calling  –  they just showed up and we played together and we became friends. And there were so many people. The first one was Roger McGuinn of The Byrds who was there right away with my first record.

And so much has happened to me that you wouldn’t believe. I’m not gonna try to tell it all to you, but I’m thinking right now about one particular thing. I was looking out there — I know so many people here. Mo, Mo and Olivia are out there. I love Mo and I love Liv. Me and George Harrison and Jeff Lynne one night were at Mo Ostin’s house — this was before, we were just working on the idea of the Traveling Wilburys — and I had written this song Free Fallin’ and done the record and taken it to my label, MCA. And they rejected the record. And that had never happened to me before. I was like, wow, what do I do?

So we had a kind of Wilbury arrangement of it with harmony. And we did it. And Lenny Waronker is sitting there, he said, “That’s a hit.” With two acoustic guitars, you know? I said, “Well, my record company won’t put it out.” And Mo says, “I’ll fuckin’ put it out.”

But anyway — not supposed to do that. Ok. I was going to tell you, sorry. I’m trying so hard to be good. I got my wife is here. And my daughter Adria. I’m really on my best behavior tonight. But I did — I wanted to tell you one little thing. I got into town in 1974 and I was signed by Denny Cordell to Leon Russell’s Shelter Records. And Leon brought me over to his house and he said, “I want you to just hang around.” He like the songs that I’d done. “If it comes to a thing where we need some words, I need you to be here and I’ll pay you for it.” And he was gonna pay me, I was gonna be there, right?

So, the first session, in comes George Harrison and Ringo and Jim Keltner and they didn’t need any words. But those cats were so cool, you know? And I found myself — after the session when we were hanging out — I found myself slipping my sunglasses on. Leon said, “What the hell are you doing with the dark glasses, man?” I said, “I don’t know? It feels cool, you know, like Jimmy Keltner.” He goes, “Wearing a sunglasses at night is an honor you earn. Lou Adler had Johnny Rivers and the Mamas and Papas before he put them glasses on. Jack Nicholson mad really shitty Boris Carloff movies before he put them glasses on.”

Well, I’m putting my glasses on. But, I thank Leon for that advice.

I was going to tell you, I was fortunate enough to know the great Johnny Cash. I loved him since I saw him on the Hootenanny television show in 1962. They filmed in Gainesville, Florida.

Well, I actually didn’t see him that week. The paper said he was a little loopy and punched a policeman and did not appear that night. And I loved him. I loved all his songs. You know, “Hey Porter,” “Don’t Take Your Guns to Town,” “Big River” — you young songwriters, you wanna be a songwriter, just listen to “Big River” about sixty times and you’ll write something.

But we made an album together, Johnny and the Heartbreakers. And it won the GRAMMY for Best Country Record of the Year — without ever being played once on a country record station. But that’s alright, because it was actually a Rock and Roll record — Johnny was pretty Rock and Roll.