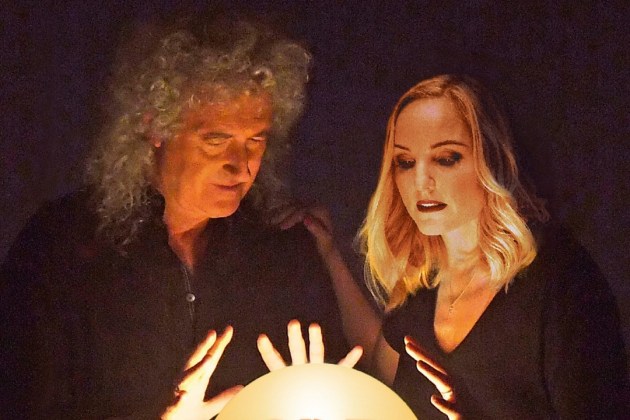 Brian May has collaborated with British singer and West End and Broadway star Kerry Ellis on a second album.

Golden Days consists of five original songs and eight covers, including Gary Moore’s “Parisienne Walkways” and the show tune “If I Loved You.”

May says the album is “a true collaboration between Kerry and myself. Five years ago, (the first album) Anthems was the result of me producing an exciting new artist – Kerry Ellis. This new record has both our names on it, and breaks new ground. We produced ourselves together as a team. I feel confident it’s the best thing we’ve ever done and a worthy testament to 13 years of belief. It also happens to feature Britain’s most beautiful voice!”

Golden Days will be out on April 7th.