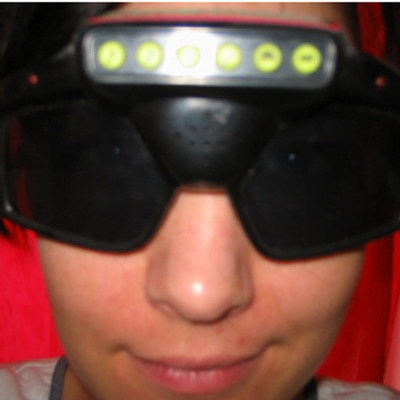 …and this is exactly what I’ve never had, or will, have comments on this website. No offense, you see?

Paper Magazine: The song “I’m Done” takes on abuse from less personal sources, namely internet trolls. How do you avoid that stuff or ignore it?

Kathleen Hanna: I don’t even understand why there are comments — I have them turned off on my website. For me, this is is a one way conversation. This particular art form is a one way conversation because I’ve decided it is. Part of that song is just dealing with the frustration of one person writing one fucked up thing about you. You don’t always have the thick skin to be like, ‘This has nothing to do with me. I shouldn’t take this personally.’

That’s been a big part of my identity, of being like, ‘Look, we can argue, it’s nothing personal.’ And that doesn’t mean not being vulnerable. That means being able to weed through what is real criticism and what is fake criticism. There’s this article by ’70s feminist Jo Freeman about being trashed, by other women, even. It talks a lot about what’s the difference between real criticism, which is criticism that you need to know to be better at what you do, and fake criticism, which is just meant to tear you down and which you can’t do anything about. If I get criticism that my voice is out of tune on something, I can work on that if I want to. If I get criticism that my arms look flabby and I don’t dress my age, it’s like, ‘Fuck you, what does that have to do with anything?’

I can choose not to look myself up, or to not look at comments or Twitter. You see awful, awful stuff. People in the wake of the Orlando massacre, a hate crime on such a massive level, and during pride month no less, got a hashtag trending on Twitter about ‘heterosexual pride day.’ Fuck you. Why don’t you learn about something that has nothing to do with you? Fuck off. Can we just be accountable for our privilege and realize we don’t know it all? I want to find places on the internet that feed me with good information that I can share with people. I want to read books. I want to read the Atlantic. I don’t want to be on the Internet all day.