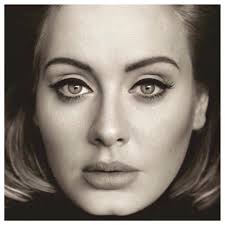 Google Play is celebrating its 5th birthday this week! On March 6, 2012, they opened their digital doors to offer millions a one stop shop to find and enjoy your favorite apps, games, movies, TV shows, music, and books—and access them at anytime on your laptop, at home, on your TV or on the go, whether you are on or offline.

In five years, they’ve grown to more than 1 billion active users in 190 countries. And with millions of apps, 40 million songs, 5 million books, and more movies than ever, there’s so much to explore. Google Play has also become an important distribution platform for developers to build their global audience.

Here’s a look at their top 5 most popular books, games, apps, songs, albums and films in the U.S. since they launched Google Play. From Candy Crush to The Interview, check out the most popular content from the last five years.

TOP SELLING BOOKS
Fifty Shades of Grey, by E L James
The Hunger Games trilogy, by Suzanne Collins
A Game of Thrones, by George RR Martin
The Fault in Our Stars, by John Green
Gone Girl, by Gillian Flynn