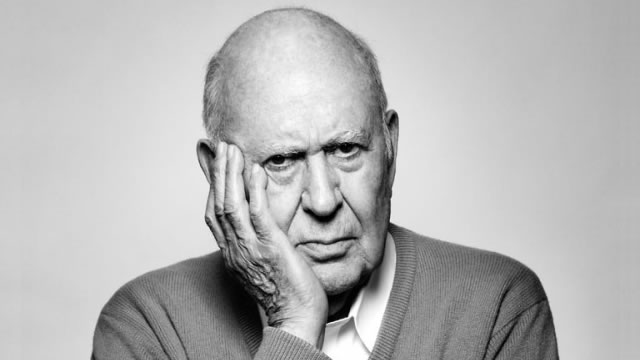 “Every morning before having breakfast, I pick up my newspaper, get the obituary section, and see if I’m listed,” says comedy legend Carl Reiner. “If I’m not, I’ll have my breakfast.” The 95-year-old wonders why some of his friends died years ago, while others are still thriving, asking, “Was it luck, genes, modern medicine or are we doing something right?”

Debuting MONDAY, JUNE 5 (8:00-9:00 p.m. ET/PT) on HBO, IF YOU’RE NOT IN THE OBIT, EAT BREAKFAST celebrates the art of enjoying life after age 90, aided by a good dose of humor. Reiner’s nephew, George Shapiro (“Seinfeld”), produces and Danny Gold directs.

In this heartwarming documentary, host Carl Reiner tracks down such celebrated nonagenarians and centenarians as: Mel Brooks, 90, Dick Van Dyke, 91, Kirk Douglas, 100, Norman Lear, 94, and Betty White, 95, who show that the later years can truly be the happiest and most rewarding. The film’s opening title song, “The Best Is Yet to Come,” is performed by Tony Bennett, 90, and the original song “Just Getting Started,” is co-written and performed by Alan Bergman, 90.

Showbiz icons Brooks, Lear and Reiner reminisce about their history together as friends and collaborators. All three still have active careers: Reiner has published several books since turning 90, with the latest, “Too Busy to Die,” scheduled for this spring; Brooks performs all over the country and Lear continues to executive produce new TV series.

Reiner also visits Dick Van Dyke, whom he describes as “the most agile human being I’ve ever seen in my life.” Van Dyke recounts that after being asked to write a book about aging, he joked that his advice would be very short: keep moving.

Others featured include comic book writer and publisher Stan Lee, the former president of Marvel, who’s still writing, producing and making cameo appearances in hit films at 94; Patricia Morison, 101, an actress and singer, who observes, “Life is the main gift that we have, and if you’re still here, eat it up”; actress Betty White, 95, who published her most recent book at age 89; and fashion icon Iris Apfel, 95. Actor Kirk Douglas, 100, chats with Reiner about the stroke that left him unable to speak and the subsequent one-man show he undertook, with his wife’s encouragement, to prove he could still function.

Also interviewed are: Harriette Thompson, 93, the oldest woman to run and finish a marathon; Ida Keeling, 101, who says she “would never consider myself old,” and works out for an hour every day; Tao Porchon-Lynch, a 98-year-old yoga teacher who marched with Gandhi and recently took up tango; and Jim “Pee Wee” Martin, 95, who fought in D-Day and still parachutes. “To me, vitality is doing whatever you want, no matter what the clock says,” observes Martin.

Admirers from the younger set featured in the documentary include comedian Jerry Seinfeld, who’s already reserved the stage at Caesars Palace for his 100th birthday show; longevity expert Dan Buettner, who says that “whether you’re nine or 90, do what you love and do it every day”; and Van Dyke’s much-younger wife, Arlene, who’s got all she can handle keeping up with her exuberant husband on the dance floor.