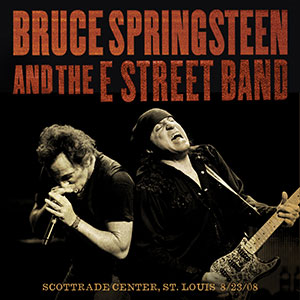 With his tour of Australia and New Zealand completed, Bruce Springsteen has resumed releasing classic concerts from his vault. This week, he gave fans his Aug. 23, 2008 show from the Scottrade Center in St. Louis.

On the 2007-08 Magic tour, fans began bringing song-request signs. Bruce seemed to revel in the challenge, while the suggestions also appeared to inspire him to resurrect songs he hadn’t played in decades. There’s no finer show to capture this fan-artist dynamic than this outstanding performance including the surprise opener of The Crystals’ Then She Kissed Me and Chuck Berry’s Little Queenie during the encore.
You can purchase the show from his website.