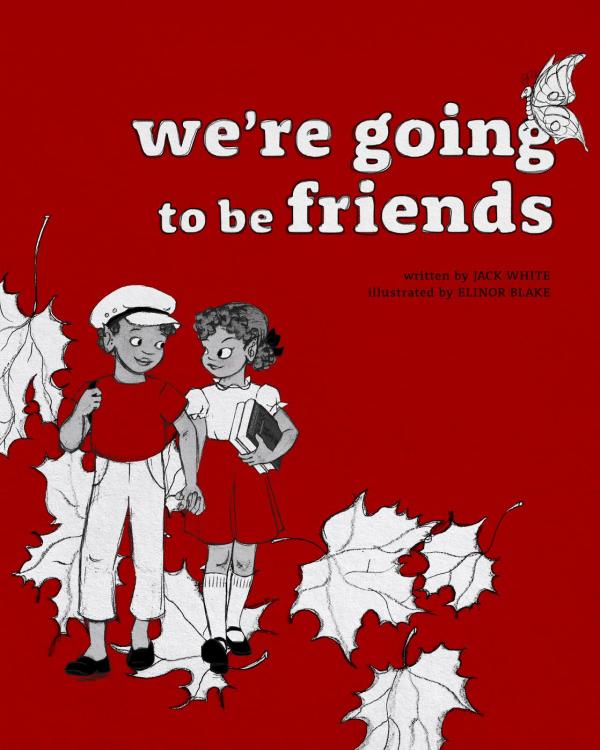 We’re Going to be Friends is one of The White Stripes most enduring and loved songs. With the help of illustrator Elinor Blake (aka April March), the perennial favorite feels right at home on the page as a children’s book. Coming this November, children, adults, and you, too, can join Suzy Lee as she goes to school with her books and pens, looks for bugs, shows and tells, and finds a friend.

We’re Going to be Friends is the first book by twelve-time Grammy winning musician, actor, and producer Jack White, while Elinor Blake was an animator for The Ren and Stimpy Show, Pee Wee’s Playhouse & more. As a musician, she is known as singer APRIL MARCH, who’s song “Chick Habit” was featured in Quentin Tarantino’s movie Death Proof.