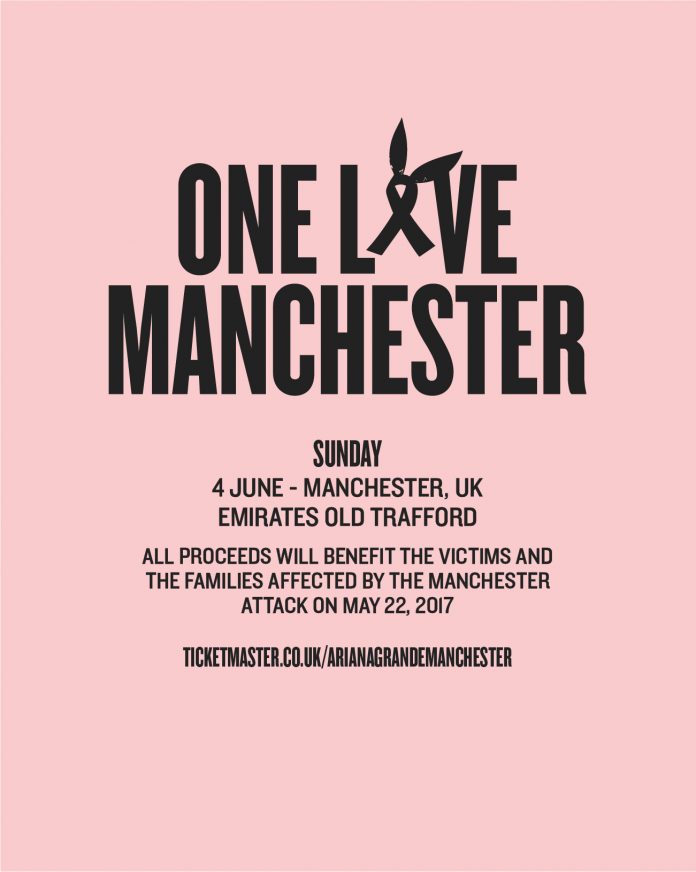 Ariana Grande promised the victims of the May 22 bombing in Manchester, England, that she would return to the city for a benefit concert in their honor and she’s already set the date. The singer — who postponed her Dangerous Woman European tour through June 5 in the wake of the terror attack that took the lives of 22 and injured more than 100 fans — announced on Tuesday (May 30) that she will perform a charity concert on Sunday (June 4) for bomb victims.

Grande will be joined by an all-star roster of friends and musicians for the show, including: Justin Bieber, Coldplay, Katy Perry, Miley Cyrus, Pharrell, Usher, Take That, Niall Horan and others. The gig is slated for the Emirates Old Trafford cricket ground, which has a 50,000 capacity; it will air live on BBC TV, BBC Radio and Capital Radio Networks and a streaming partner will be announced soon. All net ticket proceeds from the show will go to the We Love Manchester emergency fund.

General admission tickets will go on sale through Ticketmaster beginning Thursday (June 1) at 10 a.m. BST here. Fans who were at the Manchester show will be offered free tickets and others who want to attend should register here before Wednesday (May 31) at 4 p.m. BST.