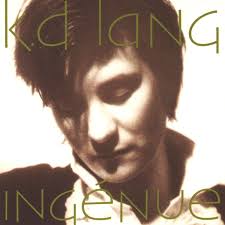 Nonesuch releases k.d. lang’s Ingénue: 25th Anniversary Edition on July 7, 2017, to celebrate the double platinum-selling, Grammy Award–winning album’s silver anniversary. This new two-disc set includes remastered versions of the album’s original ten tracks, including its huge hit “Constant Craving,” along with eight previously unreleased performances from lang’s 1993 MTV Unplugged episode, recorded in New York City’s famed Ed Sullivan Theater. You can watch her MTV Unplugged performance of “Constant Craving” below. Additionally, lang marks the anniversary with the Ingénue Redux Tour, which visits Australia and lang’s home country of Canada this summer; details may be found below. Ingénue: 25th Anniversary Edition is available to pre-order at iTunes and at the Nonesuch Store, where CD and vinyl pre-orders include an exclusive limited-edition print, signed by lang.

Ingénue was k.d. lang’s fifth album, following a quartet of records that pushed the boundaries of country music. Released in 1992, the album was the first of entirely new material. lang wrote most of the songs with her longtime collaborator Ben Mink; Greg Penny co-wrote “So It Shall Be,” and all three produced the album. The UK’s NME named it one of the year’s best albums and said, “You will fall in love with Ingénue. In fact, you will want to have its children.”

As James Reed writes in the 25th Anniversary Edition liner note, “Ingénue is still such a mysterious body of work … You’d be hard-pressed to pinpoint when the album was released or even made and where. It slinks out of the speakers with luminous melodies in search of a soundtrack, its choruses as vast and sweeping as the Canadian prairies where lang grew up in Consort, Alberta. A strange brew of torch and twang, of pop gloss and jazz sophistication—and shot through with Eastern European flourishes … lang was fond of calling it ‘post-nuclear cabaret’ back then.

“Throughout Ingénue, a succinct song cycle and ode to an unrequited relationship, we witness an artist navigating love in its many splendors. It should have come with a warning sticker on its cover: ‘Love is not always pretty. Proceed with caution—and a Kleenex.’ lang was unflinching in presenting desire as both toxic and intoxicating, a human condition that subsumes all of us at some point.”

On tour, in addition to performing songs from Ingénue, lang marks the 150th anniversary of Canada as an independent nation by singing music from her 2004 Nonesuch album, Hymns of the 49th Parallel, which features lang singing the songs that define her country, by fellow Canadians including Joni Mitchell, Leonard Cohen, Neil Young, Jane Siberry, Ron Sexsmith, and Bruce Cockburn. (lang is a Canada 150 Ambassador.)

Sing it Loud was lang’s most recent solo studio album, released by Nonesuch in 2011. In 2010, the label released the four-time Grammy winner and eight-time Juno winner’s first career retrospective, Recollection, which features 22 of lang’s most beloved recordings including an all-new interpretation of the Leonard Cohen classic “Hallelujah.” Previously, Nonesuch released lang’s Watershed (2008), which debuted in Billboard’s top ten upon its release.

Referred to as “the greatest female singer in the whole world” by fellow Canadian Michael Bublé, lang has had a distinguished 25-year career. In addition to a fruitful collaboration with Tony Bennett, she has performed alongside musical luminaries including Roy Orbison, Bonnie Raitt, Elton John, and Loretta Lynn. She sang at the closing ceremonies of the 1988 Winter Olympics in Calgary and the opening ceremonies of the 2010 Winter Olympics in Vancouver. She has contributed music to the soundtracks of several films, including Even Cowgirls Get the Blues, Midnight in the Garden of Good and Evil, and Happy Feet. In addition to her music career, lang has also appeared in a number of films, including Salmonberries, The Black Dahlia, and Eye of the Beholder. In 1996, lang received Canada’s highest civilian honor, the Order of Canada.