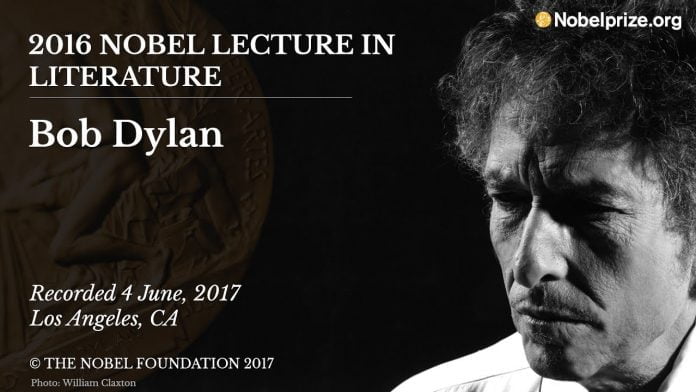 Bob Dylan received the 2016 Nobel Prize in Literature “for having created new poetic expressions within the great American song tradition”. In the speech, Dylan speaks of his songwriting, his love of Buddy Holly and folk music, and some of his favorite literature growing up. He says, “When I first received this Nobel Prize for Literature, I got to wondering exactly how my songs related to literature.” He wasn’t the only one.