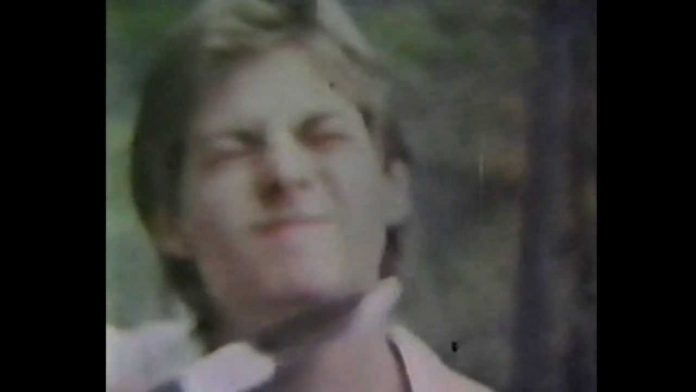 In 1984, Kurt Cobain was 17 years old and did what most guys do when they have a video camera – he made a home movie with his friends. In this case, a rather crude horror film with a budget of a pack of cigarettes and alcohol, likely. Co-starring are future bandmater in Nirvana, Krist Novoselic and Dale Crover, who a year earlier had formed the Melvins with Buzz Osborne and Matt Lukin, best known today as the bassist for Mudhoney. Watch for Kurt wearing a Mr. T mask and worshiping in front of a pentagram, and another handful of shots in which Cobain pretends to slash his own throat and wrists, fake blood and all. Troma Films would have been proud.