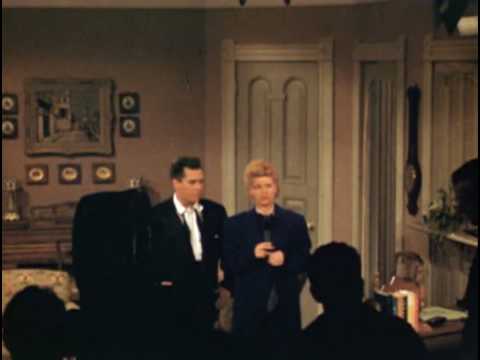 This short 8mm Color film Footage was filmed by an audience member of “I Love Lucy”, on the evening of October 12, 1951, at Sound Stage #2 of Desilu Studios, Hollywood, California.

The episode that night was 6th show of the first season, “The Audition”.(It was a remake of “I Love Lucy” pilot episode, which was presumed lost until 1990.)

Although there were many people who tried to capture the scene of filming, Jess Oppenheimer, the producer and writer of “I Love Lucy”, prohibited it, because of the possibilities of leaking. Because of this, this footage is the only surviving material of “Behind-the-Scenes” of this legendary sitcom. It is said that Desi Arnaz filmed some filming scenes using his own 8mm movie camera, but it is not proven.

Of all four main stars, Vivian Vance is not appearing in this footage. Jess Oppenheimer, and the famous cameraman, Karl Freund, are seen briefly.