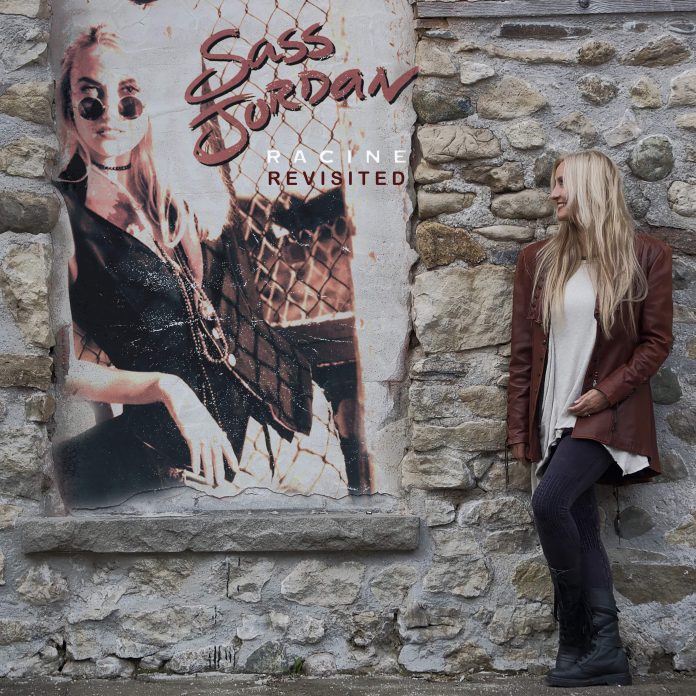 Sass Jordan’s breakout major-label masterpiece, Racine, is being re-imagined and released as Racine Revisited, a brilliant record with updated versions of each song on September 15 via Linus Entertainment.

This classic album signified an evolution for Jordan and a critical turning point in her career, reaching #2 on the Billboard US Heat Album Chart, the highest position so far in her esteemed career.

Racine was released March 31, 1992, just a few weeks after Jordan entered the spotlight with her 4 Top 15 Canadian hits “I Want to Believe”, “Goin’ Back Again”, “Make You a Believer”, and “You Don’t Have to Remind Me”, with the latter two hitting #11 and #12, respectively on the Billboard Hot 100 Chart. With the resources of her new label MCA Records and the help of producer Rick Neigher, Jordan embraced the opportunity to create a brassy, swaggering nugget of electric barroom crunch that draws from the same well as Rod Stewart and The Faces. Racine found Jordan with swagger to spare, barbed one-liners, and shades of rich, spirited rock.

Universally hailed upon release, Racine topped the critics best of lists in 1992 and continues to resonate on rock radio, 25 years later. So, why go back? As Jordan says in her own words, the album’s release date is “A milestone for any musical recording that sold as much as it did. So, we decided to throw a year long celebration in it’s honour, which gives all the fans a chance to connect and reminisce about where you were, what you were doing, and how far you’ve come since then.”

Jordan explains this was not a throwaway idea. “Re-recording such a landmark album was not a venture that we took lightly, because once you release your music to the world, it becomes the emotional property of anyone who connects with it, and rightly so. We wanted to be true to the original recording, but to do something we had never heard of before.”

That doesn’t mean using updated technologies or in-fashion sounds of today. Jordan says, “Instead of doing the obvious, and updating the vibe, and making it all shiny, sparkly, hissy and huge – why don’t we recreate the record as if we were IN the ‘70’s, and try to make it sound like it would have if it had been recorded during that seminal decade – where the original recording drew its roots from? What would THAT be like?”

With an all-star and confident cast of Rudy Sarzo on bass, Brent Fitz on drums and percussion, Chris Caddell on guitars and Derek Sharp on guitars, keyboards and production duty, one listen and you’ll know this were the combo that made sense for this delicate undertaking.

What you hear in Racine Revisited is what happened – no click tracks and no auto-tune. This record was made with great care and precision to be played LOUD and PROUD.

Racine Revisited Track Listing:
Make You a Believer
If You’re Gonna Love Me
You Don’t Have to Remind Me
Who Do You Think You Are
Windin’ Me Up
I Want to Believe
Goin’ Back Again
Do What Ya Want
Cry Baby
Where There’s a Will
Time Flies