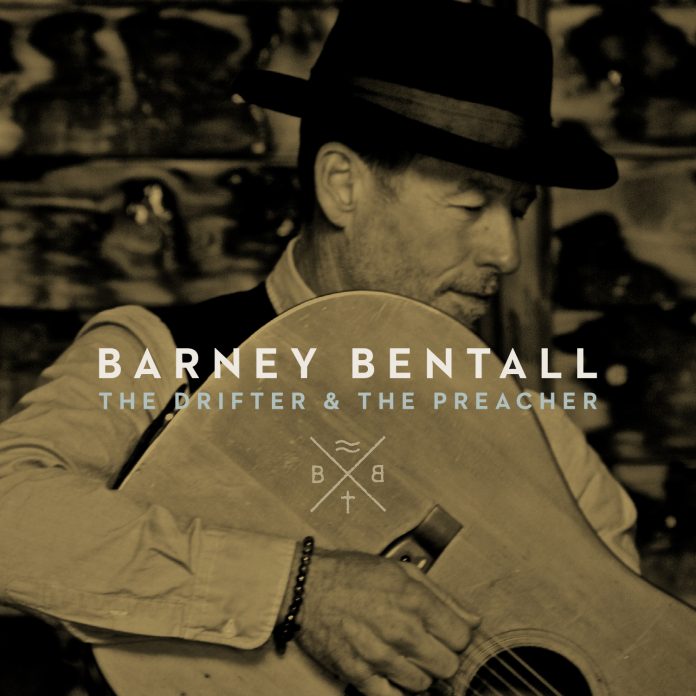 After a five year recording hiatus, JUNO Award winner Barney Bentall returns with what is arguably his most personal record to date, The Drifter & The Preacher.

The Drifter & The Preacher is the great paradox of a nomadic homebody, and a musical tour de force that could prove to be truly defining for a musician, a songwriter, a friend, a father, a brother, a husband and a son… coming face-to-face with a life lived. Lead single “The Miner,” which was co-written and features his son Dustin Bentall, will be immediately available as a download to fans who pre-order the album on iTunes. Check out the official video for “The Miner” here.  Pre-order begins today on iTunes, Amazon and on the True North Records label store.

Barney Bentall hit the music scene as the lead man for Barney Bentall and The Legendary Hearts back in 1988, with his self-titled debut CD soaring to the top of the charts, reaching platinum status in Canada and establishing Bentall as a must-see as a concert draw.

The last couple of years have seen Barney Bentall translate his tremendous ability and deep introspection into his 10th studio album, which is an ambitious effort accomplished by one of the greatest storytellers of our time. “This was written for my father-in-law. Bar none, one of the most interesting and intelligent people I have met,” says Bentall. “He taught me many valuable things and gave me the best friend I have. He died with his boots on at the age of ninety-three. I wrote this at my ranch shortly after on a star-studded night.”

While plenty of musicians have told stories of their family, Bentall possesses the emotion and interpretive skills to reveal an eclectic range that few could muster, and no more so than in the first single, “The Miner.” Says Bentall, “My son Dustin is a travelling musician. ‘The Miner’ marks the first time we wrote a song together… It started out as a story about Dustin’s grandfather and as a continuation of ‘The Drifter‘.  Songs often have a mind of their own and… ‘Life goes where it goes’.  When the dust had settled, we ended up with a story loosely based on a good friend of ours.  He, much like the two of us, is driving down the road less travelled.”

The Drifter & The Preacher also features a collaboration with Jim Cuddy of Blue Rodeo on “Won’t Change The World.” Bentall says, “Sometimes a song is the only tool in the chest when you are trying to get back into someone’s favour. My good friend Jim Cuddy jumped in on this one. I swear, that boy gets behind an old tube microphone in a recording studio and puts on a clinic every time.”

Inspiration set in not only from his family, but good friends, too.  “The Ocean and You (A song for John Mann)” is a stirring song paying tribute to the Spirit Of The West singer. “Around the time we were forming the Legendary Hearts, we had this rustic studio in a millwork shop in the False Creek area in Vancouver. It was a sketchy part of town at the time, but heaven to us. Back in the day, that studio was our Clubhouse. We wrote and demoed ‘Something To Live For’ there, among many other songs. The founding members of Spirit Of The West — Geoffrey Kelly and John Mann — became lifelong friends of mine in the early ‘80s. We made their first record in that studio and had a wonderful party or two. Along with our partners/wives, it was an unforgettable and cherished circle. I wrote this song about John and his ongoing courageous fight with early onset Alzheimer’s. It is also about the equally courageous role of John’s partner Jill. God bless ya, Johnny.”

Look for more official videos and tour dates to follow. Below is the complete track listing.

The Drifter & The Preacher | Track Listing