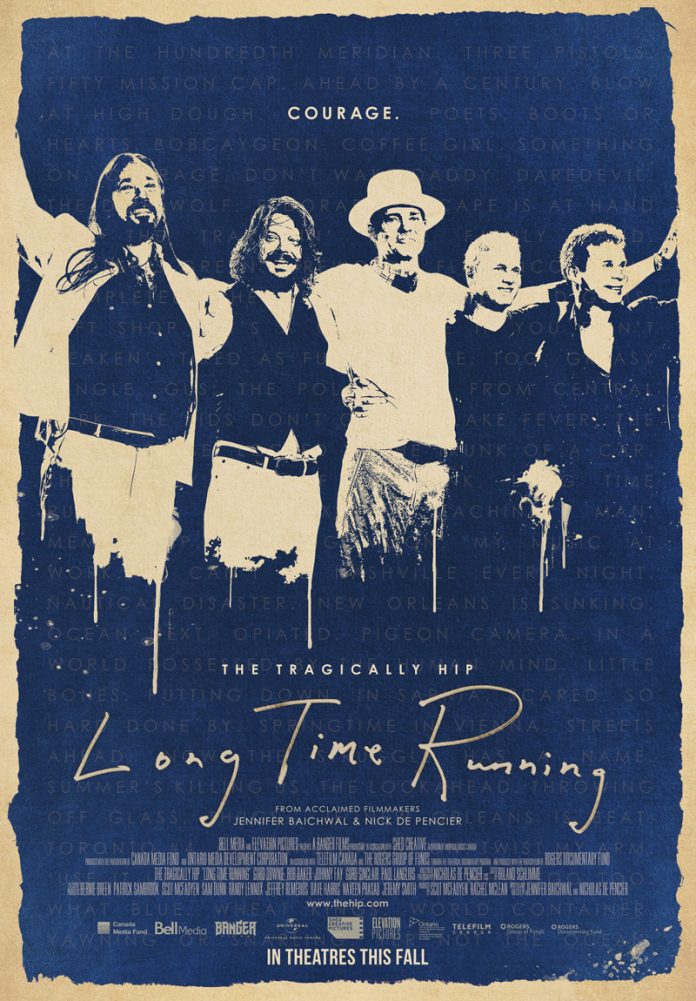 The Tragically Hip have anounced the release of the trailer and movie poster for their documentary LONG TIME RUNNING. The film is directed by their friends Jennifer Baichwal and Nick de Pencier, and will have its World Premiere at the Toronto International Film Festival. LTR will be released theatrically in cinemas across Canada beginning Sept. 14th. Starting today, you can pre-order your tickets for select cities. All cinema tickets will be up this week, so please check your local listings frequently. Click here for Cineplex and here for Landmark Cinemas.

Long Time Running chronicles the emotional and epic iconic Canadian band’s now-legendary 2016 tour that captured the heart of the nation. Viewers will be given a unique and exclusive perspective into The Tragically Hip’s world through intimate moments, behind-the-scenes and on-stage footage, personal interviews with the band and close friends, as well as reactions from their devoted fans from across the country.