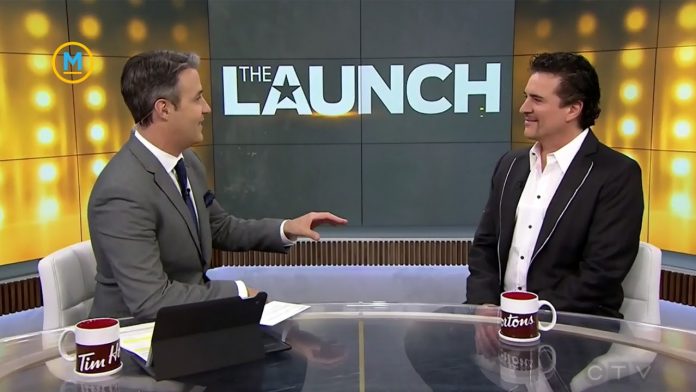 CTV announced today that production has begun in Toronto on the inaugural season of its new original music series and international TV format THE LAUNCH. Recording superstars Fergie and OneRepublic’s Ryan Tedder, joined by world-renowned music mogul Scott Borchetta, are the first of a group of musical mentors shaping the creation of new releases by undiscovered artists.

After an international casting call and completion of an extensive A & R process that reviewed more than 10,000 emerging performers, 30 have been selected to participate in the new six-part, hour-long series, debuting early next year on CTV. Additional mentors, songwriters, producers – as well as the selected artists performing on THE LAUNCH – will be announced soon.

Reinventing the music television series genre, THE LAUNCH debuts a new and unique format, documenting an authentic, behind-the-scenes look at what it takes to break a new artist and bring a song to life. In each hour-long episode, a group of unsigned emerging artists are mentored in the creation of a new original song by a panel of internationally renowned hit makers and mentors – from discovery to stardom in just two days. THE LAUNCH takes viewers on a fresh journey every week, unveiling new talent and new songs in each episode.

“As we begin production, we look forward to watching the magic unfold as our growing list of mentors guide the show’s emerging artists through the monumental journey of launching a new song,” said Randy Lennox, President, Bell Media. “Alongside our brilliant partners at BMLG, Eureka Productions, and Insight Productions, we have worked hard to create what is sure to be an unforgettable viewer experience.”

“We have reimagined the power of television and music to give viewers, fans and especially aspiring artists, an experience like never before,” said Scott Borchetta, President and CEO of the Big Machine Label Group. “So many artists just need the right break with the right song, great production and real pop culture marketing. We’re bringing together the best of the best while taking the viewer on a behind the scenes journey that’s never been seen before.”

“We are beyond fortunate to have been able to put together such a formidable roster of world-class artists to propel THE LAUNCH into action!” said John Brunton, Executive Producer, Insight Productions. “With production underway, the entire Insight team and our talented crew are so thrilled to bring this new music format to life.”

After the series was announced in April, the search was on to find performers who could showcase music’s next big songs. A few short months later, a talented group of 30 unsigned artists/acts aged 13 to 43 and representing a hugely diverse blend of genres, styles, and musical backgrounds, have been identified to receive the opportunity of a lifetime in THE LAUNCH’s inaugural season.

CTV is giving viewers in the Greater Toronto Area an opportunity to experience the excitement first-hand by attending a taping of THE LAUNCH. The studio is located just east of downtown Toronto, and is accessible by TTC with free parking available within a five-minute walk from the studio. Participants interested in attending a taping can visit CTV.ca/TheLaunch for ticket information or RSVP by emailing LaunchAudience@InsightTV.com with subject line “THE LAUNCH Tickets”. Note: include the number of guests, along with full names of everyone attending. All audience members must be at least 11 years of age and those under the age of 16-years-old must be accompanied by an adult.

Following in the successful footsteps of Bell Media’s CANADIAN IDOL, THE IHEARTRADIO MMVAs, THE JUNO AWARDS, the MuchMusic and Coca-Cola Covers competition, and most recently, the launch of iHeartRadio Canada, THE LAUNCH was put into development in January 2016. The series was co-developed by and is produced in association with Scott Borchetta of Big Machine Label Group, Paul Franklin of Eureka, and Bell Media, in partnership with John Brunton and Lindsay Cox of Insight Productions in Canada.

The format is currently being readied for an upcoming international roll-out.