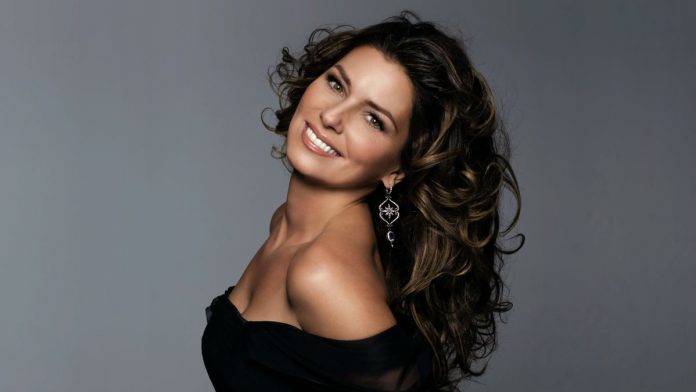 “Shania is one of the world’s most sensational artists – a brilliant songwriter, a powerful vocalist, and a show-stopping live performer who has commanded audiences at sold-out concert arenas around the planet,” said Randy Lennox, President, Bell Media. “We are honoured to welcome this stellar, category-defying, homegrown talent on board THE LAUNCH.”

Recognized as the top-selling country artist of all-time, five-time Grammy Award-winner, Canadian-born, and internationally acclaimed musical artist Shania Twain has sold 90 million albums worldwide. The undisputed “Queen of Country Pop”, Twain is the powerhouse voice behind a string of hits including “You’re Still The One”, “From This Moment On”, and “Man! I Feel Like A Woman!” to name only a few. A Canadian-born artist and author of the best-selling memoir From This Moment, Twain has achieved an unprecedented three Diamond-certified albums; headlined a show-stopping, two-year Las Vegas residency in 2012; and was recognized as the 2016 Billboard Women in Music Icon Award-winner. Shania NOW, Twain’s fifth full-length album led by the declaratory first single “Life’s About to Get Good”, is slated for release on September 29.

Reinventing the music television series genre, THE LAUNCH debuts a new and unique format, documenting an authentic, behind-the-scenes look at what it takes to break a new artist and bring a song to life. In each hour-long episode, a group of unsigned emerging artists are mentored in the creation of a new original song by a panel of internationally renowned hit makers and mentors – from discovery to stardom in just two days. THE LAUNCH takes viewers on a fresh journey every week, unveiling new talent and new songs in each episode.

CTV is giving viewers in the Greater Toronto Area an opportunity to experience the excitement first-hand by attending a taping of THE LAUNCH. The studio is located just east of downtown Toronto, and is accessible by TTC with free parking available within a five-minute walk from the studio. Participants interested in attending a taping can visit CTV.ca/TheLaunch for ticket information or RSVP by emailing LaunchAudience@InsightTV.com with subject line “THE LAUNCH Tickets”. Note: include the number of guests, along with full names of everyone attending. All audience members must be at least 11 years of age and those under the age of 16-years-old must be accompanied by an adult.

Following in the successful footsteps of CANADIAN IDOL, THE IHEARTRADIO MMVAs, THE JUNO AWARDS, the MuchMusic and Coca-Cola Covers competition, and most recently, the launch of iHeartRadio Canada, THE LAUNCH was put into development in January 2016. The series was co-developed by and is produced in association with Scott Borchetta of Big Machine Label Group, Paul Franklin of Eureka, and Bell Media, in partnership with John Brunton and Lindsay Cox of Insight Productions. The format is currently being readied for an upcoming international roll-out.