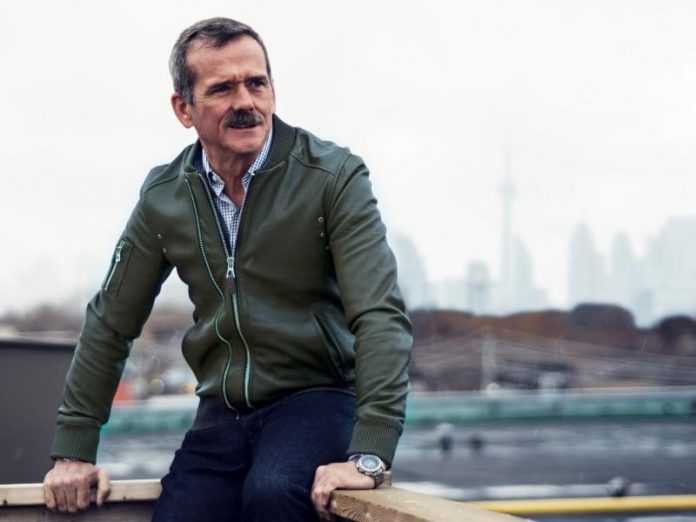 Coming off an incredible run of his “Canada 150 Tour” in 2017, Canada’s first spaceship commander, Colonel Chris Hadfield will be hitting the road again in 2018 with his ‘Canada 151’ show. The celebration will include Hadfield sharing a selection of stories, images, songs and ideas about the nation he is so proud to call home. By customizing his performance to each audience, everyone is sure to leave with a sense that Canada is truly “out of this world”.

“I am so looking forward to sharing what I’ve seen and learned as a Canadian in orbit, an astronaut looking at Canada and the world. There will be stories, images, videos, music and ideas of this country in its 151st year, plus a chance for Q&A and to meet in-person! ” said Colonel Chris Hadfield. “I am immensely proud of Canada, especially at this moment in history. Please join me for a rare evening of stories, images, videos, music and ideas.”

As one of the most seasoned and accomplished astronauts in the world, Colonel Hadfield offers his unique perspective by looking at the history and future of Canada through its people and the land itself. Performing songs like his fun-living, patriotic single “In Canada,” to his evocative “Beyond the Terra” that looks away from the land to the skies, Colonel Hadfield ties his presentation together with stories of great Canadians and tales from his incredible career.

Through his 21-years as an astronaut, three spaceflights and 2600 orbits of Earth, Colonel Hadfield has become a worldwide sensation. In 1992 he was selected by the Canadian Space Agency as a NASA Mission Specialist – Canada’s first fully qualified Space Shuttle crew member. In November 1995 while aboard Shuttle Atlantic, he was the first Canadian to operate the Canadarm in space, and to board a Russian spacecraft as he helped build space station “Mir.” In 2001, Colonel Hadfield was the first Canadian to perform two spacewalks and in 2013 he was the first and only Canadian Commander of the International Space Station. While in orbit, Hadfield was a constant presence on social media and produced what is considered to be the first music video shot in space, a version of David Bowie’s Space Oddity, which has been viewed over 16 million times.