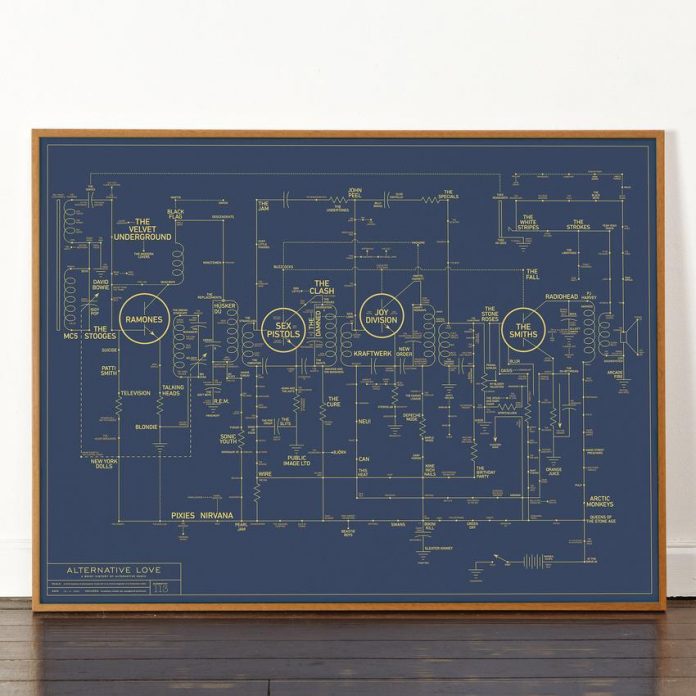 A wonderful print available for sale featuring history of alternative and independent music mapped out to the circuit board of an early transistor radio, courtesy of the site Dorothy.

Their Alternative Love Blueprint celebrates over 300 musicians, artists, managers and producers who (in our opinion) have been pivotal to the evolution of the alternative and independent music scene, from Bill Hayley & His Comets whose 1950s Rock Around the Clock became the first ever anthem for a rebellious youth, to the DIY ethic of present day bands like Arctic Monkeys and Radiohead. 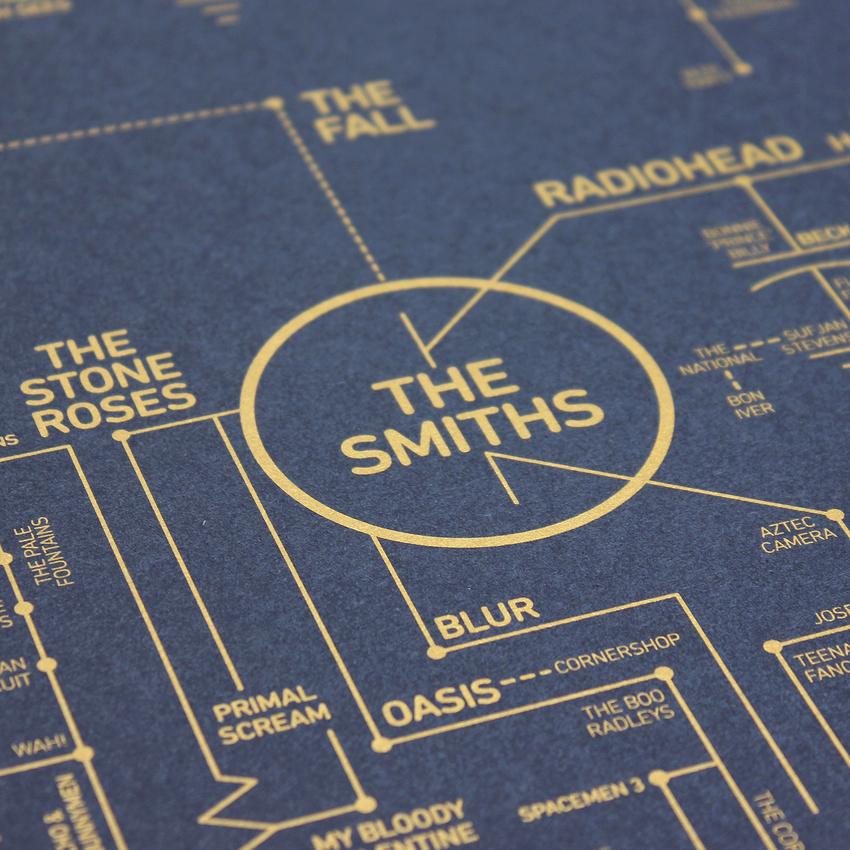 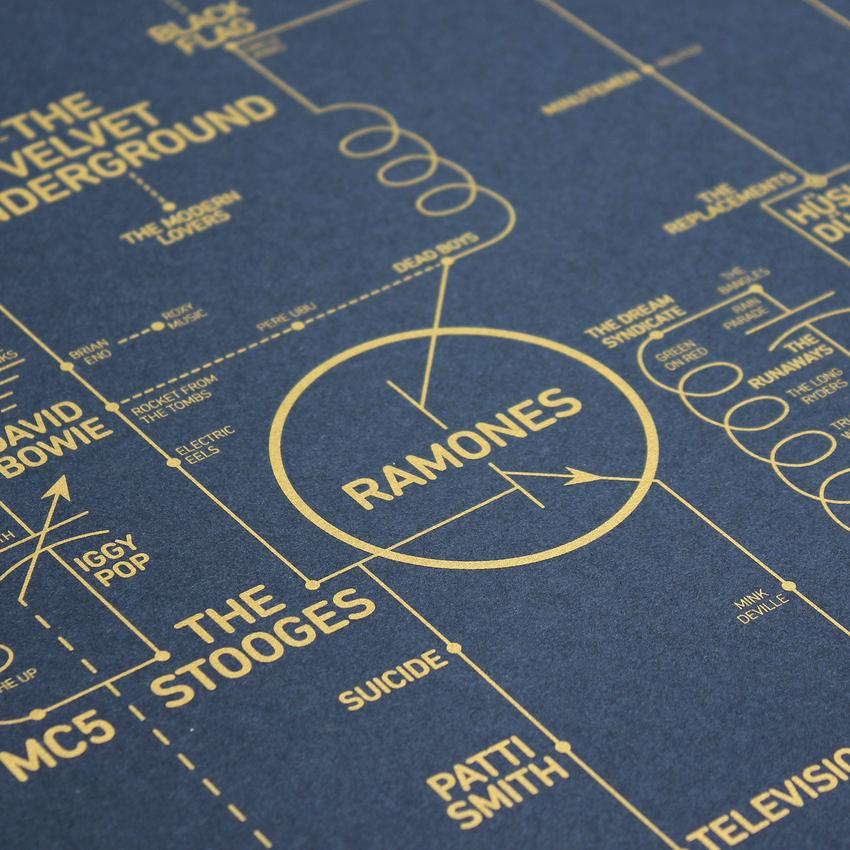 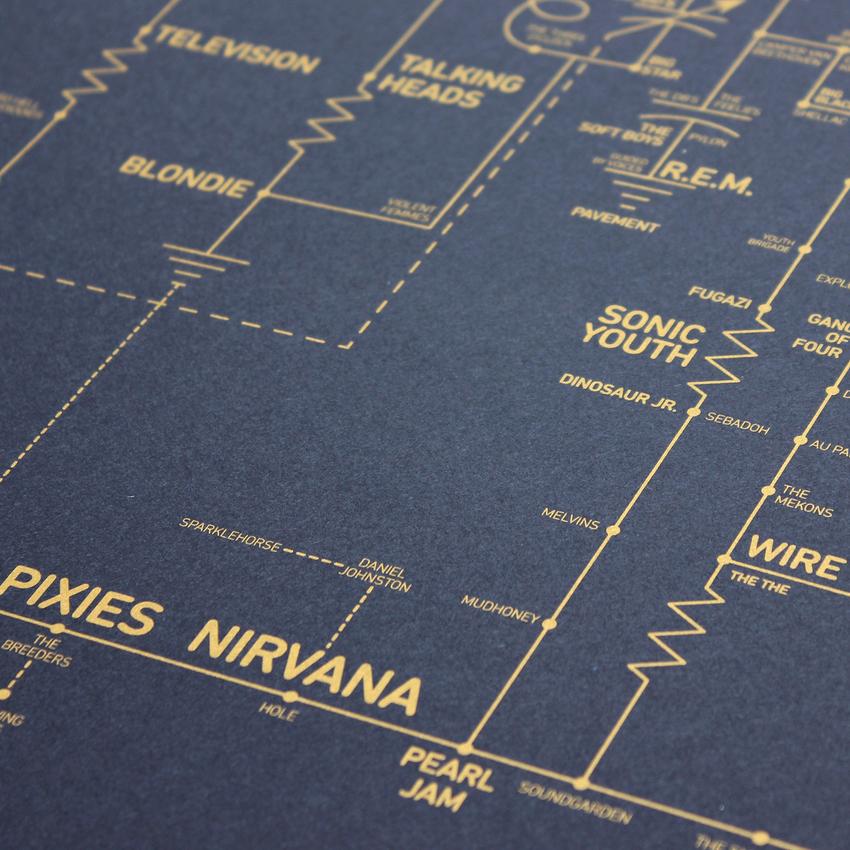