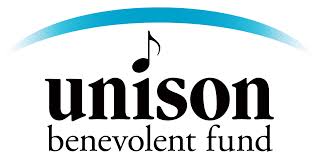 Unison Benevolent Fund, the music community charity that provides counselling and emergency relief to Canadian music professionals in times of crisis, is pleased to announce they have welcomed three new members to the Board of Directors.

The Unison Benevolent Fund is a non-profit organisation that provides counselling, emergency relief, and benefit programs for those in the Canadian music community who face personal or professional challenges due to hardship, illness, or economic difficulties.

“All three of our newest board members have dedicated themselves to supporting the music industry and the people behind it, both in their local communities and reaching across Canada. They each bring an enormous amount of talent, expertise and energy to the table,” says Derrick Ross, Chair of the Board. “We are very fortunate to have them by our side as we continue to develop and strengthen Unison.”

The three new members are:

Geneviève Côté
Geneviève Côté is SOCAN’s Chief Quebec Affairs Officer and head of the organization’s Montréal office. Among Geneviève’s core objectives is to raise awareness of performing and creators rights among politicians, while striving to build on SOCAN`s Québec presence at events, and gatherings for the music industry and additional key sectors.
Geneviève has 20 years of professional experience in the Québec entertainment scene, where she has divided her time between artist management, music publishing and music production and promotion. She has worked as administrative (and production) manager with several television and tour production companies, was a member of the Board of Directors of both SOCAN and the SOCAN Foundation for five years, and served as a Director with PMPA (APEM), SOPREF, SODRAC, and the Canadian Songwriters Hall of Fame (CSHF).
She holds a law degree from Ottawa University. She currently sits on the Board of Caisse de la Culture Desjardins.

Marc Perry
Marc began his career working at Sam The Record Man from 1988 – 1993. In 1993 he was hired by EMI Music Canada to be their sales representative for Atlantic Canada. After working as their sales rep for 9 years he was promoted to Promotion, Sales and Media Rep for Atlantic Canada and held that position until Universal’s purchase of EMI in fall of 2012.
Marc is also the co-founder of the African Nova Scotian Music Association (ANSMA) and served as its first president. He was also instrumental in creating and running the extremely popular Black Vibes showcase at the East Coast Music Awards as well as the first ANSMA Awards. After his close to 20 year stint with EMI, Marc started “On The Marc Promotions” which provides radio-tracking services in Atlantic Canada. At the same time, he was hired by RPMpromotion to be their Atlantic Canadian representative.
In 2015 Marc began managing RnB/Pop artist Reeny Smith. In the 3 1/2 years that he has worked with her, she’s won the ANSMA Artist of the Year, Music NS African Nova Scotian Artist of the Year, the Casino Artist in Residence, secured a CBC Studio 60 TV special in addition to getting her a publishing deal with Cymba Music Publishing.
Marc also sits on the boards for both the East Coast Music Association and Music Nova Scotia

Dawn Woronuik
Dawn Woroniuk worked in media for over 25 years. Her roles included Music Director, Program Director, and Promotions/Client Services Manager. Currently she holds two positions as Marketing Director for Sakamoto Entertainment and as Executive Director of the Saskatoon Zoo Foundation. She has been the recipient of six Canadian Country Music Association Awards as well as served on the Canadian Country Music Association board for 6 terms and most recently was Chair of PotashCorp Country Music Week 2017.
Dawn has also been involved with a number of organizations in Saskatchewan, including the Saskatchewan Country Music Association, past President of SaskMusic and she currently sits as a Director on the Creative Saskatchewan board. She has also been a devoted volunteer of the Jim Pattison Children’s Hospital Foundation of Saskatchewan, Denny Carr’s Secret Santa, Tourism Saskatoon and the YMCA. Dawn was recently awarded the YWCA Women of Distinction Award for Arts, Culture and Heritage.
Dawn is passionate about music, it’s artists and working in the industry with individuals and organizations who share her desire to be a part of its continued growth.