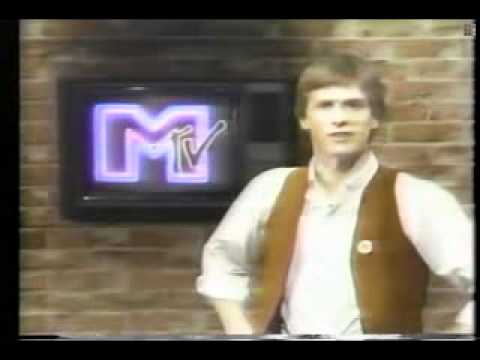 On Saturday, August 1, 1981, at 12:01 am Eastern Time, MTV launched with the words “Ladies and gentlemen, rock and roll,” spoken by John Lack and played over footage of the first Space Shuttle launch countdown of Columbia (which took place earlier that year) and of the launch of Apollo 11. Those words were immediately followed by the original MTV theme song, a crunching rock tune composed by Jonathan Elias and John Petersen, playing over the American flag changed to show MTV’s logo changing into various textures and designs. MTV producers Alan Goodman and Fred Seibert used this public domain footage as a concept; Seibert said that they had originally planned to use Neil Armstrong’s “One small step” quote, but lawyers said that Armstrong owned his name and likeness and that he had refused, so the quote was replaced with a beeping sound. A shortened version of the shuttle launch ID ran at the top of every hour in various forms, from MTV’s first day until it was pulled in early 1986 in the wake of the Challenger disaster.