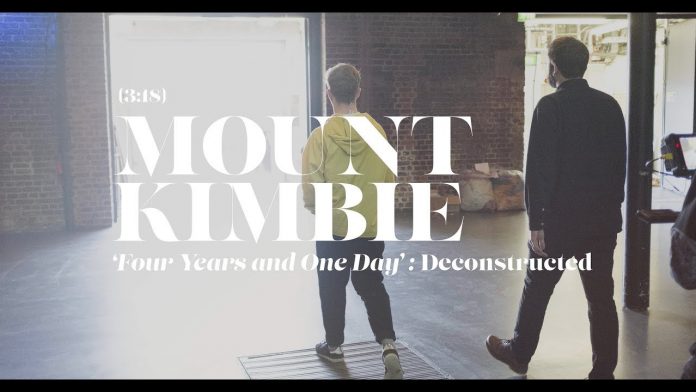 Each episode of A Sound in the Making will take music lovers through aspects of the artists creative, structural, technical and behind-the-scenes considerations of producing a perfect and unique track that stays true to the bands’ artistic intentions, through the deconstruction of one specific song selected by the band.

Mount Kimbie reveal the inner workings of their show and album opener – Four Years and One Day – exclusively for Bluesound. November 3rd, following Mount Kimbie’s sold out show in Bristol (England) we meet up with them as their tour bus arrives at London’s Roundhouse Theatre ahead of their biggest show yet. Pre-show we’re treated to a musical deconstruction and live sound check of Four Years and One Day inside the former ‘turntable’ railway shed that is now one of London’s most iconic music venues.

The initial set of three videos, filmed on location as extended interviews with the bands over several hours will be released in sequence throughout the month ahead and will be published on Bluesound’s social media feeds. Additional content not part of the initial videos will also be released as photos, quotes, and other insights into the artists’ philosophies and influences throughout the campaign, which will run into the new year. The campaign will live at https://blog.bluesound.com and can be referenced on social media with #aSoundInTheMaking.

An alliance of audiophiles. Bluesound are designers, engineers and music lovers who have spent their lives in the music industry. Bluesound’s founders helped pioneer hi-fi in the 70s — innovation and the pursuit of perfection in audio runs deep in our collective DNA. Bluesound’s sole mission is to create innovative wireless audio products and technologies that allow for the most true-to-live performance music reproduction possible, utilizing the most advanced, state-of-the-art digital technology.