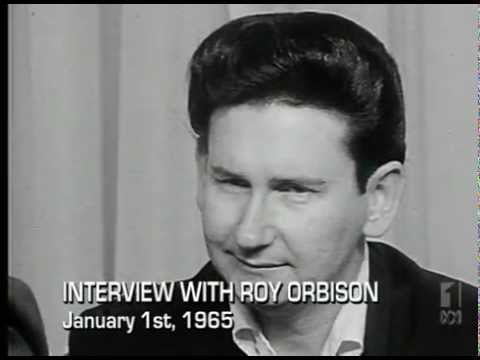 Following “Oh, Pretty Woman”, Roy Orbison appeared for a tour in Australia in 1965, the year one of the greatest singers of all time endured some upheavals. He and his wife Claudette divorced in November 1964, but the two reconciled and got back together 10 months later. His contract with Monument was expiring in June 1965. While on tour again in the UK in 1965, Orbison broke his foot falling off a motorcycle in front of thousands of screaming fans at a race track; he performed his show that evening in a cast. But for now, enjoy this rare interview with the man, without sunglasses, too.