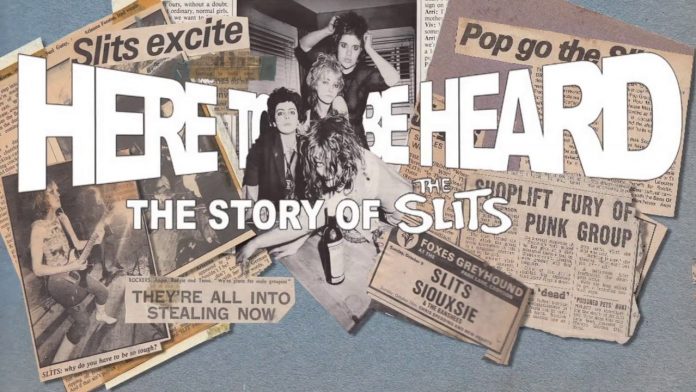 There’s now a PledgeMusic campaign for HERE TO BE HEARD: The Story of The Slits, a film about the world’s first all girl punk band who formed in London in 1976. Contemporaries of The Clash & The Sex Pistols, they are the pioneering godmothers of the musical movement known as “Punky Reggae”. The film tells the story of the band and the lives of the women involved, from the bands inception in 1976 to the bands end in 2010 coinciding at the death of lead vocalist Ari Up. The doc features Tessa Pollitt, Palmolive, Viv Albertine, Bruce Smith, Hollie Cook, Vivien Goldman, Don Letts, Dennis Bovell, Adrien Sherwood, and many more to be revealed!

The film will be part of the London Film Festival in 2017, moving to an early 2018 theatrical release, followed by a DVD release in Spring 2018. You can go here to pledge to have this completed!