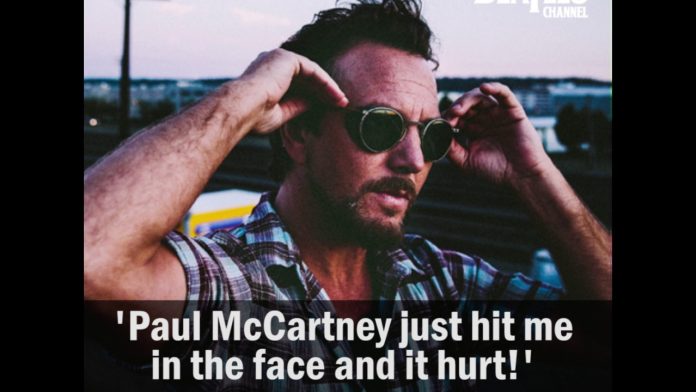 Eddie Vedder describes being punched in the face by Paul McCartney while the Beatle was reenacting a story. Eddie told the story on SiriusXM’s The Beatles channel, and even though it was an accident – still – to be hit by Paul is a pretty great memory to have.

He kind of was illustrating how he hit this guy. And when he did that, he shot out his left arm as if he was hitting this guy. And I was standing there and I got hit. He hit me. He didn’t quite pull back the punch, you see. The story kept on and it was a great, incredible personal story. And I caught the end of it, but as I was listening, I was thinking, “Paul McCartney just hit me in the face, and it hurt. I think I remember tasting a bit of blood. And he apologized, quickly, so it wouldn’t get in the way of the story. Fascinating story. A great time in my life, actually, to be hit by Paul McCartney. I remember when it went away, when the swelling went down and the pain kind of subsided, I kind of missed it.”