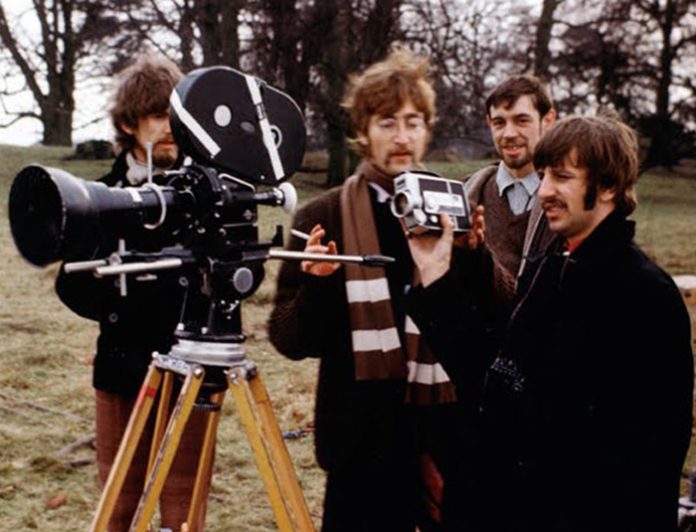 In 1968, with the eyes of the world upon them, The Beatles travelled to Rishikesh, India, to study Transcendental Meditation with Maharishi Mahesh Yogi in a remote ashram on the banks of the sacred river Ganges. Those few short weeks became one of the most prolific and creative periods of their lives.

Also present at the ashram was a young Canadian filmmaker named Paul Saltzman, there to heal a recently broken heart while seeking his own path to understanding and enlightenment. In the informal and relaxed atmosphere, he captured some of the most famous and intimate photographic portraits of The Beatles ever taken.

The film details Saltzman’s return journey to India, The Beatles stay and the songs they composed at the ashram as well as meditation as it applies to creativity, the divine inner journey and the healing power of love and music.

Integral to the story will be the background of many of the songs written in India and how they progressed through their initial writing, intensive rehearsals back in England and the release of the White Album on November 22nd, 1968.

Rarely seen footage and images, in depth interviews from India, the UK and North America and an authoritative team behind the film heralds its release later this year.

Producer Reynold D’Silva said: “The idea of a Beatles in India documentary has been with me since the mid-nineties. By pure coincidence, or perhaps it was fate, three separate people put me in touch with Paul early last year. It turned out he had been harbouring the idea for even longer than I had! After our first phone call, we were set on a path to produce the film together. Paul has a stellar track record in his field of producing and directing films. He has a clear vision with a profound knowledge of the subject matter borne out by the fact he was at the ashram in Rishikesh with The Beatles in February, 1968.”