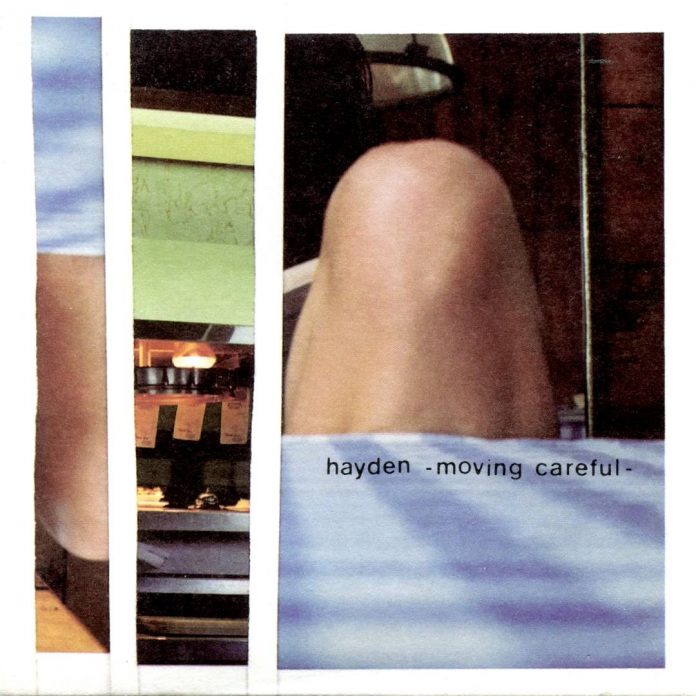 This vinyl is the first pressing since the original 10” and features the original EP from 1996 with added rare recordings from 7” singles released between 1994 and 1996. Moving Careful was originally released on Hardwood/Sonic Unyon in late 1996. Side Two of this edition includes home recordings from the time period that found homes on Canadian Indies like Lunamoth, Landspeed and Squirtgun.

“After touring my debut, Everything I Long For, across Canada for the better part of two years from 1994-96, I celebrated its imminent International release by developing a strong dislike for the sound of my music,” Hayden commented. “A major sticking point in my negotiations with Outpost Recordings (my US label at the time) was to have the ability to release singles and EPs on my own or through smaller labels. They agreed, and Moving Careful was born from late night obsessions on the third floor of a rented Victorian house in Toronto. Although much of my debut was recorded on a 4-track cassette, I was eager to get back to my Yamaha MT100 II, and very inspired by what Eric’s Trip and Lou Barlow were doing at the time.”

Over the course of more than twenty years, the Polaris Music Prize and 3-time JUNO Award nominee has written and recorded 8 critically acclaimed full-length albums, a series of Ep and singles most of which were self-produced and recorded in his own home studio and released on his own Hardwood Records label.

For additional information on HAYDEN and Moving Careful or for high-resolution photographs, biography, interview and album review requests, please contact: