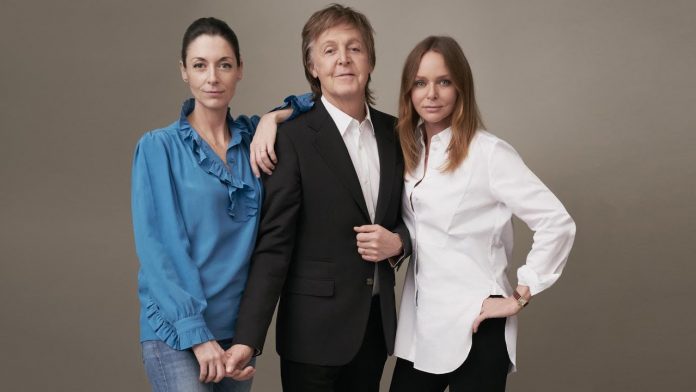 Support for Meat Free Monday has noticeably increased since the launch of ‘One Day a Week’ in November 2017, ahead of the UN Climate Change Conference.

Launched by Paul, Mary and Stella McCartney in 2009, Meat Free Monday is a not-for-profit campaign which aims to raise awareness of the damaging environmental impact of eating meat, and to encourage people to help slow climate change, conserve precious natural resources and improve their health by having at least one meat free day each week.

Narrated by Paul McCartney, and with appearances by Paul, Mary and Stella McCartney, Woody Harrelson and Emma Stone, ‘One Day a Week’ describes how the beauty of the planet only exists through a delicate balance of climatic conditions – a balance we are dangerously disrupting through our overconsumption of animal products.

In an interview about the film with National Geographic, Paul McCartney said: “It’s actually quite fun when you look at what you do, what you eat, how you live and think, ‘Is this what I’m going to do the rest of my life, or would it be interesting to try to make a change?’ I think a lot of people do that these days.”

Meat Free Monday’s aim is to raise awareness and inspire people to make a change in their diets from an easily achievable starting point. And, with increasing plant-based options available in shops and restaurants, it’s easier than ever to take part. According to recent findings by Kantar Worldpanel, 29% of all dinners eaten across the UK in the 12 weeks leading to January 31 2018 were vegetarian or vegan.

“The truth is there are a lot of options these days that you can use – it’s really not difficult,” said Paul. “So what we’re doing with Meat Free Monday is urging people to just try it one day, because it will make some kind of a difference, if enough people do it or if the idea spreads. It is a growing movement.”