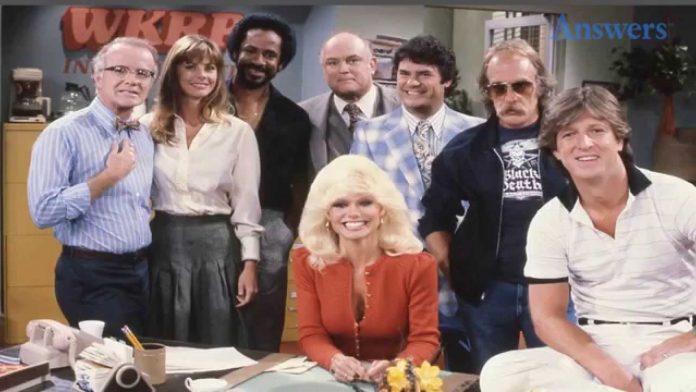 WKRP in Cincinnati was such a brilliant show, and one of the first entries into the music business I had as a kid. It followed the staff of a struggling fictional radio station in Cincinnati, Ohio, and was created by Hugh Wilson based upon his experiences working in advertising sales at Top 40 radio station WQXI in Atlanta.

Music licensing deals cut at the time of production were for a limited number of years. Hugh Wilson commented that WKRP was videotaped instead of filmed because when the show was originally produced, a loophole in music licensing deals reduced fees for using songs in videotaped programs. Once the licenses expired, later syndicated versions of the show did not feature the music as first broadcast, but rather generic “sound-alikes” by studio musicians to avoid paying additional royalties. In some cases (when the music was playing in the background of a dialogue scene), some of the characters’ lines had to be redubbed by sound-alike actors. The expense of procuring licenses for the original music in the series delayed any release of a DVD set for years. When it finally was released, much of the music was replaced bythose soundalike artists.

And now, someone has created a spreadsheet for all the songs played on the show. Makes you want to go on Spotify now to check them out, right? Here you go, and you can go here for the listing.