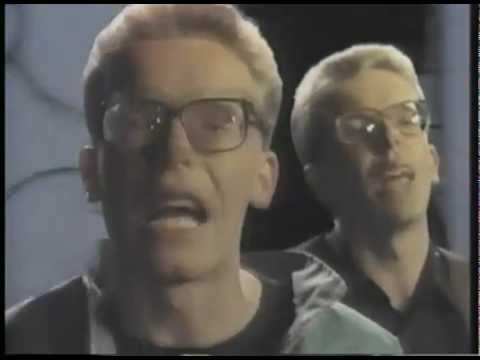 The Proclaimers return to Canada for another coast to coast tour in September following the release of their 11th studio album ‘Angry Cyclist’ in August. Tickets for all shows on sale Friday, April 20th.

2015 and 2016 saw The Proclaimers tour extensively around the World with 150 shows, which began in Kelso, Scotland and ended in San Diego. Highlights along the way included their 6th appearance at Glastonbury, T In The Park, V Festivals, Hong Kong Stadium and their first concert at the Sydney Opera House.

Last year saw Craig and Charlie Reid off the road focusing on writing their next collection of songs. They are now recording their new album with producer Dave Eringa (Manic Street Preachers, Roger Daltrey, The Who) and head back out on tour from the Summer with 48 dates across the UK this year.

Strikingly individual, twin brothers Craig and Charlie Reid emerged 31 years ago with their debut album ‘This Is The Story’ and Top 3 UK single ‘Letter from America’. Since then their enduring appeal across generations has over the years seen them enjoy huge success across the globe

The Proclaimers songs are timeless, capturing a gamut of human emotions, written with poignancy, emotional honesty, political fire and wit. Their songs feature at weddings, funerals and everything in-between and there is one song, an early celebration of falling head over heels in love that is known the world over and has become a staggeringly global anthem. There are many others that have gained great popularity in different parts of the planet and then there is a wide cross section of sublime songs embraced by a multitude that has kept up with The Proclaimers studio albums, compilation collections and extensive touring over three decades.

The raucous, euphoric I’m Gonna Be (500 Miles) spent 6 weeks at number 1 in Australia and a was a top 10 college radio hit in USA in 1989. The song went on to soar to No. 3 during a 6-month reign in the US Billboard Singles Chart in 1993 after appearing on the soundtrack of the Johnny Depp film Benny And Joon. I’m On My Way also reemerged in 2001 when it subsequently accompanied one of the pivotal scenes in the hit movie Shrek.

The Proclaimers have carved out a niche for themselves in the netherworld where pop, folk, new wave and punk collide. In the process, they have enjoyed Gold and Platinum singles and albums in the UK, USA, Canada, Australia and New Zealand.

Craig and Charlie have reached the rarefied status that few have been able to achieve: with nearly three decades of career longevity, they are as innovative as ever and with every album and show played, they’ve continued to garner new fans.

Their songs have been used extensively in adverts across the World and the list of movies they have featured in includes The Commitments, The Crossing, Mama’s Boy, Bottle Rocket, Benny & Joon, Shrek, Dumb & Dumber, Bye Bye Love, Burke And Hare, The Angel’s Share, Bachelorette, Perfect Pitch.

They have even inspired a musical, the play and film ‘Sunshine on Leith’. The movie was the fifth highest grossing Independent UK film of 2013. The musical has its fourth UK run from April to June this year, with its biggest production to date by West Yorkshire Playhouse. 2018 also marks the 30th anniversary since the release of the ‘Sunshine On Leith’ album.