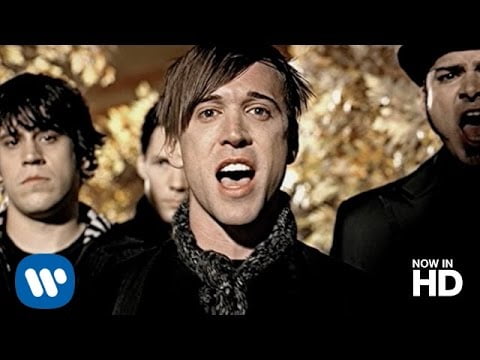 Canada’s hardest rockers, Billy Talent have announced that they have founded the Billy Talent Charity Trust.  The charitable trust will be administered by the band’s drummer Aaron Solowoniuk.

“From our start 25 years ago, it’s been important to our band to give back” says Solowoniuk of the Charitable Trust.  “Launching BTCT will give us the opportunity to give to a variety of organizations with values that we believe in.  I’ve been living with MS for over 20 years now and I have seen what a great impact the MS Society of Canada has. I am happy to announce that they will be receiving the funds from our first project as BTCT.”

To launch BTCT, the band have teamed up with Funding Innovation to create a unique collectors plaque for fans.  The plaques feature a gold record, with official artwork from Billy Talent’s singles, studio and live albums, as well as a limited edition photo of the band by Dustin Rabin.  What’s more, the plaques will be hand signed in gold by each band member.  The plaques will be on sale for just two weeks at a price of $299 CAD, and will be available at billytalentplaques.com.  All proceeds from these plaques will go to the MS Society of Canada. More info about Billy Talent Charity Trust can be found at billytalentcharitytrust.com

In the years since their inception, Billy Talent have sold nearly one million albums in Canada alone and nearly 3 million albums internationally.  Their albums Billy Talent I and II and III have all received multi-platinum certifications, with platinum status for Dead Silence and gold for their latest, Afraid of Heights.   Billy Talent have enjoyed tremendous success at Canadian rock radio where they have had three #1 hits that combined for 20 weeks at the top spot, six Top 5 hits, and six Top 10 hits.  They have won 7 Juno Awards and have been nominated 23 times, including three nods for Afraid of Heights (Group of the Year, Rock Album of the Year, and Ian D’Sa for Producer of the Year). They have also been nominated for 32 MMVA Awards – taking home the prize 10 times.