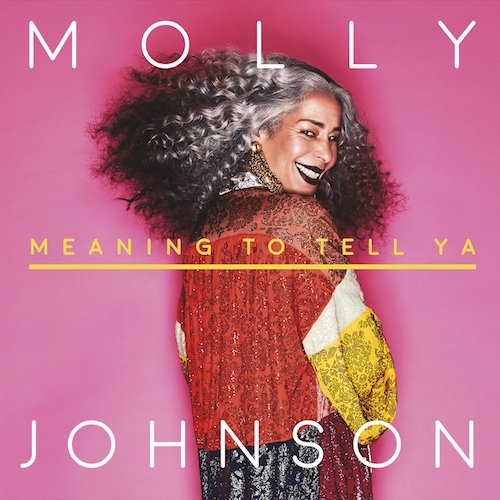 Known as one of Canada’s greatest voices, she is a mother, singer-songwriter, artist, and philanthropist. Johnson has been awarded the honour of becoming an Officer of Canada (O.C.) and received the Queens Jubilee medal for her philanthropic work.  In 2016, she launched the Kensington Market Jazz Festival with over 400 Canadian musicians performing 150+ shows.

“Getting to make this record in my home town with my good friends, who happen to be some of Canada’s best musicians, was a dream come true. The result was an album imbued with hope and change. I cannot wait to have it out in the world and share these songs live throughout the summer,” said Molly Johnson.

Johnson adds, “Working with Larry Klein was magic. I jumped at the opportunity to collaborate and I’m thrilled to share it with everyone. It’s funk, it’s soul, it’s groove.”

“Molly has the kind of musical gift that cannot be cultivated by musical education or assiduous practice,” shares Klein. “She has great natural musical instincts and an irresistible signature to her voice.”

Catch Molly Johnson this summer in a string of live performances across Canada in support of the new album. Dates include headlining shows at the Montreal Jazz Festival and the Halifax Jazz Festival. Watch for new dates to be announced soon. Full list of dates below.

Meaning To Tell Ya Tracklisting:
Inner City Blues
Better Than This
Lady Day And John Coltrane
Boogie Street
Gone
Stop
Protest Song
I’ve Been Meaning To Tell You
L.O.V.E.
Together