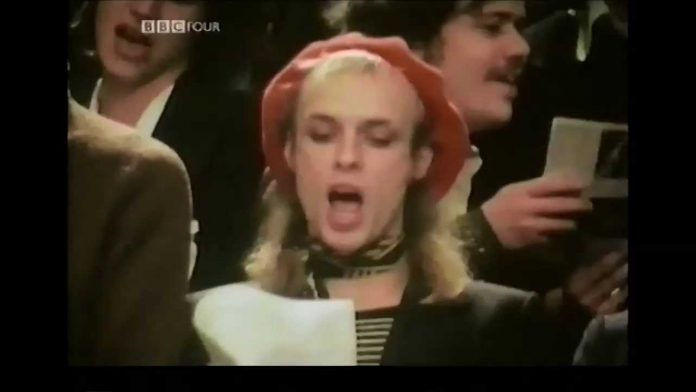 The Portsmouth Sinfonia was an orchestra founded by a group of students at the Portsmouth School of Art in England, in 1970. The Sinfonia was generally open to anyone and ended up drawing players that were either people without musical training or, if they were musicians, ones that chose to play an instrument that was entirely new to them. Among the founding members was one of their teachers, English composer Gavin Bryars. The orchestra started as a one-off, tongue-in-cheek performance art ensemble but became a cultural phenomenon over the following ten years, with concerts, record albums, a film and a hit single. They last performed publicly in 1979. Many modern composers and musicians found this his to be interesting and even profound; the comedic aspects of the music were merely a bonus, though it was used extensively for marketing purposes. Brian Eno was interested enough to join the orchestra, playing clarinet, and subsequently producing their first two albums.