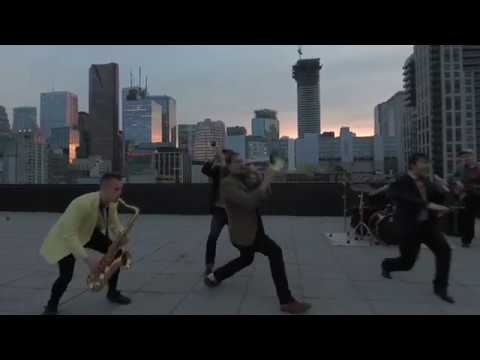 The band writes, “Electric Groove, the Accolades’ first single released under Akashic Rekords, is a high-intensity funk anthem. Electric Groove boasts powerful blasts of horns, a phenomenal rhythm section, and the powerhouse vocals of Thomas Thurley, bringing together a gleeful and groovy piece.

A mix of images taken on the rooftop of a great Toronto building, and of the band recording the song in one of the greatest studios of the city, its music video showcases the technical maestro of the Accolades, while demonstrating their captivating performance skills, and their attachment to their magnificent city.”

You can catch Accolades in Owen Sound on June 1! Grab your tickets HERE, and check out the video below.