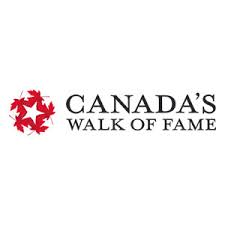 Canada’s Walk of Fame announces the launch of its sixth annual RBC Emerging Musician Program (formerly the Emerging Artist Music Mentorship Program, supported by RBC), one of Canada’s most successful programs supporting aspiring Canadian musical artists. Valued at more than $100,000, this program provides musicians with the tools needed to take their careers to the next level including private studio time at the prestigious Metalworks Studios, introductions to renowned artists, access to music industry influencers, exposure to audiences and media, as well as artist development and funding. Submissions will be accepted starting today through to Sunday, July 15, 2018 at 11:59 pm ET.

Since its inception in 2013, the RBC Emerging Musician Program has ignited the careers of its Grand Prize Winners including last year’s recipient, Jaryd Stanley, who spoke of the impact the program has had on his budding career in the last six months. “The money I received from the 2017 Grand Prize has allowed me to record and distribute music at major label quality studios, opportunities to perform live at top venues, and most importantly, time to create new music. All the things I need to take my career to the next level.  I will always be thankful for such an amazing program,” Stanley said.

Other past Grand Prize winners include 2015’s Ivory Hours who have embarked on three national tours since their win, and NEFE, who opened for Canadian icon Burton Cummings in 2014 during his Canada’s Walk of Fame Festival performance at Massey Hall and went on to sign a recording contract with Universal Music Canada. The inaugural Grand Prize Winner Taylor Kurta performed for Canadian musical heavyweights such as Bob Ezrin, David Foster, and Carly Rae Jepsen as part of her prizing.

“We’re so proud of the RBC Emerging Musician Program and the impact it’s already had on the Canadian songwriters and musicians who have participated over the last five years,” said Jeffrey Latimer, CEO, Canada’s Walk of Fame. “We’ve seen a steady increase in submissions year-over-year and in 2018 we’re especially excited to open the program up to residents of Quebec for the first time! Canada’s Walk of Fame is undergoing a transformation to build a broader national platform that allows Canadians across the country to benefit from programs such as the RBC Emerging Musician Program.”

All winners will also participate in private music industry career development mentorship sessions with A&R professionals, a music agent, and an established artist.

Visit www.canadaswalkoffame.com for details on eligibility and submission requirements.

The winners will be chosen by a selection committee comprised of music industry experts, and will be announced this summer.