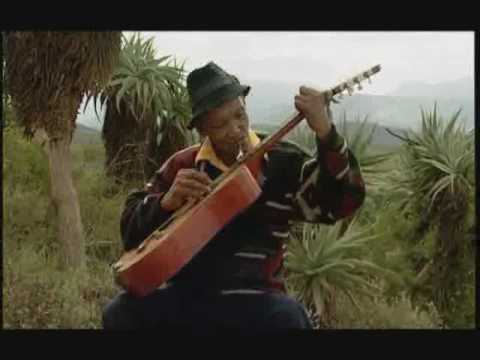 Hannes Coetzee is a guitarist from the Karoo region in South Africa. Born in 1944, he is mainly known for his unique playing technique using a spoon in his mouth to play slide guitar. This playing technique is called optel and knyp. Coetzee reached a broader audience when David Kramer’s documentary Karoo Kitaar Blues was released in 2003.