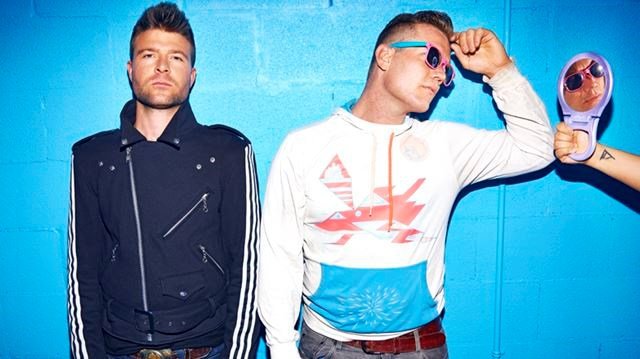 Double digits have never felt so good. Celebrating their 10th birthday in style, Canada’s favourite alternative duo USS have announced a 2018 fall headlining tour. Rolling out a new single – MEDICINE – earlier this month, USS has proven that they are exactly what the doctor ordered. MEDICINE was the Most Added song at Alternative Radio two weeks in a row, and was added to the Spotify Viral 50 in its first week of release.

Hitting the road in October, the band will perform 16 shows before year’s end. “We’ve taken time away from the road and it’s been great for our writing process,” said the band. “We couldn’t think of a better way to celebrate our 10th birthday than heading out on the road and reconnecting with the fans who have made this incredible decade possible.”

Creating an impressively unique sound by combining electro-pop and drum and bass with hip-hop and modern rock, USS boasts an impressive 10 year career since their debut album Welding the C:/ in 2008. Taking the time to grow their Canadian fanbase with the releases of Questamation and APPROVED, the band saw the release of their fourth and fifth albums (Advanced Basics (2014), New World Alphabet (2017)) earning them international distribution and recognition.

With seven Top 10 singles on the Canadian Rock/Alternative Chart including their highest charting single “Work Shoes,” USS has become recognized as a success around the globe. 2017 saw the duo tour Japan for the first time, and they made several trips to Europe, playing a combination of headline shows and festivals.

With an epic headlining tour just around the corner, USS will gift fans with the official video premiere for MEDICINE on June 25th. The duo will then spend the summer playing a handful of festivals before they kick-off of their 16-city fall tour which will kick off in Ottawa on October 22.