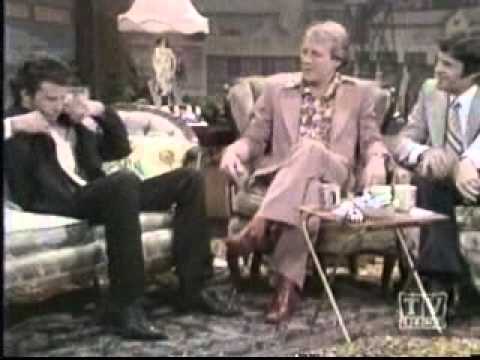 The host of Fernwood Tonight, Martin Mull, by the way, is an amazing accomplished guitar player in his own right. Mull broke into show business as a songwriter, penning Jane Morgan’s 1970 country single, A Girl Named Johnny Cash, which peaked at #61 on Billboard’s country charts. Shortly thereafter, he began his own recording career. Throughout the 1970s, and especially in the first half of the decade, Mull was best known as a musical comedian, performing satirical and humorous songs both live and in-studio recordings. Notable live gigs included opening for Randy Newman and Sandy Denny at Boston Symphony Hall in 1973; Frank Zappa at Austin’s Armadillo World Headquarters in 1973; Billy Joel in Wilkes-Barre, Pennsylvania in 1974; and for Bruce Springsteen at the Shady Grove Music Fair in Gaithersburg, Maryland, in October 1974. His self-titled debut Album, released by Capricorn in 1972, featured many noteworthy musicians, including Ramblin’ Jack Elliott, Levon Helm from The Band, Keith Spring of NRBQ and Libby Titus.

Elvis Costello and Gary Sperrazza attribute the remark, “Writing about music is like dancing about architecture” to Martin Mull.

OK, so, here’s Tom Waits performing The Piano Has Been Drinking and sitting down for a short interview.