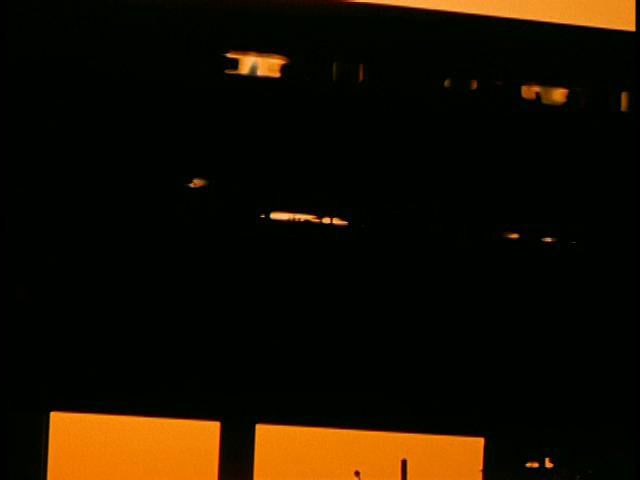 “Daybreak Express is a short kinetically edited, 16mm Kodachrome ride on New York City’s 3rd Avenue “El” elevated railway. And better than that, it’s got music by Duke Ellington. AND it’s directed and produced by D A Pennebaker, one of the great music video and film directors of all time.

D A says, “I wanted to make a film about this filthy, noisy train and it’s packed-in passengers that would look beautiful, like John Sloan’s New York City paintings, and I wanted it to go with my Duke Ellington record “Daybreak Express.”

I didn’t know much about film editing, or in fact about shooting, so I bought a couple of rolls of Kodachrome at the drugstore, and figured that since the record was about three minutes long, by shooting carefully I could fit the whole thing onto one roll of film. Of course that didn’t work since I couldn’t start and stop my hand-wound camera that easily so I ended up shooting both rolls and even a few more before I was through. It took about three days to film and then sat in a closet for several years until I figured out how to edit it and make a projection print.

I took it to the Paris Theater to see if they would run it. By pure chance it ended up with the Alec Guinness comedy “The Horse’s Mouth,” which ran there for nearly a year. Since I had a large collection of jazz records, I figured I’d found a way to break into the film business with music films, and it did get me started, but I was never able to make another film like Daybreak.”