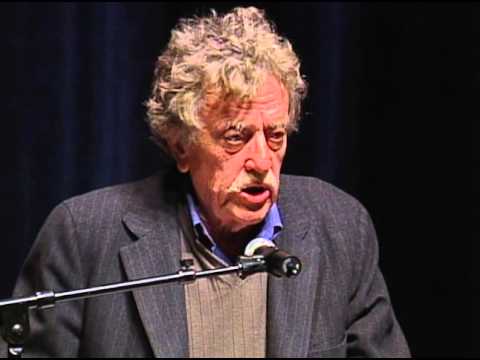 In 1988, at the behest of Volkswagen, author Kurt Vonnegut wrote a letter of advice to people living on Earth 100 years in the future. 20 years later, we’re still not learning his lessons.

The sort of leaders we need now are not those who promise ultimate victory over Nature through perseverance in living as we do right now, but those with the courage and intelligence to present to the world what appears to be Nature’s stern but reasonable surrender terms:

1. Reduce and stabilize your population.
2. Stop poisoning the air, the water, and the topsoil.
3. Stop preparing for war and start dealing with your real problems.
4. Teach your kids, and yourselves, too, while you’re at it, how to inhabit a small planet without helping to kill it.
5. Stop thinking science can fix anything if you give it a trillion dollars.
6. Stop thinking your grandchildren will be OK no matter how wasteful or destructive you may be, since they can go to a nice new planet on a spaceship. That is really mean, and stupid.
7. And so on. Or else.