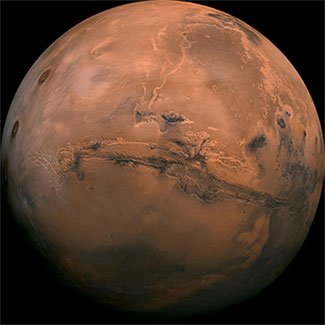 Turn your eyes to the skies! On July 27, the Ontario Science Centre hosts MarsFest, a free event to celebrate the red planet being at its biggest and brightest in the night sky since 2003. Star partygoers can glimpse the planet up close using a telescope, hear from a planetary scientist specializing in the surface geology of Mars, participate in Mars-themed activities and check out Martian costumes from the science fiction television series The Expanse.

Discover the meaning of “opposition” — when Mars and the Sun are on opposite sides of the Earth — and what makes this occurrence unique. Observe Mars up close using a telescope, engage in hands-on, Mars-themed activities and find out about the latest in Martian science from a self-described “professional Martian.”

You won’t want to miss this — the next closest opposition will be in September 2035.

Telescopes will be available starting at 8 p.m., and Mars-gazing begins at 11 p.m. and runs until 1 a.m.

Mars is currently experiencing the largest dust storm we’ve ever seen on the Red Planet! How do these storms happen, and how do they affect the missions we have at Mars?

Dr. Tanya Harrison is a “Professional Martian,” working on rocks and robots on the Red Planet for a living. She is a science team collaborator on NASA’s Opportunity rover and the Director of Research for Arizona State University’s Space Technology and Science Initiative. Tanya holds a Ph.D. in Geology with a Specialization in Planetary Science and Exploration from the University of Western Ontario.

MarsFest is presented in collaboration with the Royal Astronomical Society of Canada Toronto Centre.