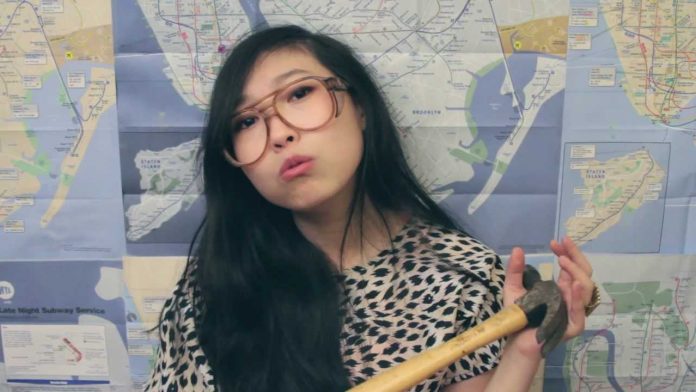 AWKWAFINA (Nora Lum) is an Asian-American actress, writer, rapper, and musician from Queens, New York. Bringing an impressive range of talent peppered with her signature flair, AWKWAFINA is positioned to be the major breakout talent this summer. She will next be seen as Peik Lin in Crazy Rich Asians opposite Constance Wu, Michelle Yeoh, Henry Golding, and Ken Jeong, in theatres August 15. AWKWAFINA also most recently starred in the box office hit Ocean’s 8 alongside Sandra Bullock, Cate Blanchett, Anne Hathaway, Mindy Kaling, Sarah Paulson, Rihanna, and Helena Bonham Carter. Making her feature film debut in the comedy Neighbors 2: Sorority Rising opposite Seth Rogen, Zac Efron, and Rose Byrne, AWKWAFINA previously starred in the indie comedy Dude, and was the voice of Quail in the 2016 animated adventure Storks.

Noted for the satire of her hilarious original music, AWKWAFINA became an internet sensation in 2012 with her music video My Vag. Her 2014 debut album featured her acclaimed raps “NYC Bitche$,” “Mayor Bloomberg (Giant Margarita),” and the title track, “Yellow Ranger.” Her first book, Awkwafina’s NYC, a travel guide to New York, was published by Penguin Random House in 2015. She is currently developing a scripted series with Comedy Central in which she will also star, and recently released her second EP, In Fina We Trust.