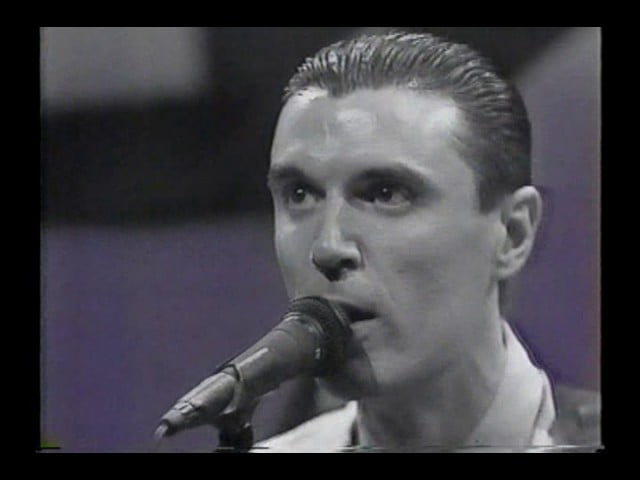 Burning Down the House by Talking Heads was released in July, 1983 as the first single from their fifth studio album Speaking in Tongues. “This song started from a jam,” says bassist Tina Weymouth in the liner notes of Once in a Lifetime: The Best of Talking Heads. “Chris [Frantz, drummer] had just been to see Parliament-Funkadelic in its full glory at Madison Square Garden, and he was really hyped. During the jam, he kept yelling ‘Burn down the house!’ which was a P-Funk audience chant, and David [Byrne] dug the line, changing it to the finished version, ‘Burning down the house’.”

Here’s the group performing the song with a David Byrne doing an interview right after on Late Night With David Letterman back in 1983.