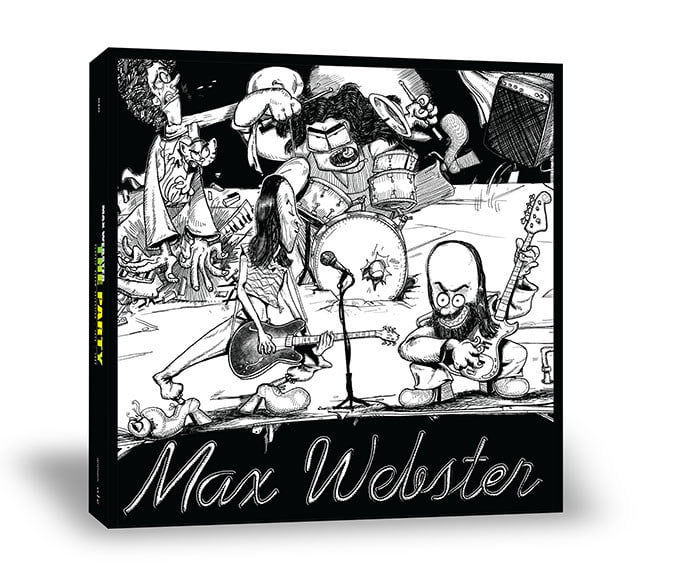 A vinyl-only version exclusive only to Pledge Music includes a cheeky 4 pack litho set that will allow fans to dress band members Kim, Terry, Mike & Gary and display in them in their office, home or man cave. The lithos were created by Fantoons animation house, also responsible for the Max Webster “The Party” album cover graphics.

“The re-mastered records beautifully present more musical detail for your ears to chew on, as well we unearthed and mixed never heard before songs. You’ll hear different musical approaches/arrangements as we worked it out in the studio and live,” said Kim Mitchell. “We’ve included the warm sound of quality vinyl in the package. I kept thinking ‘where has some of this been for all these years’, we carefully picked moments for the box set where the band proved it was definitely strapped to a foreign rock ‘n’ roll.”

The core members of the band began in the late 1960s, and employed a number of different names before they settled on “Max Webster” in 1973. The original line-up was spearheaded by guitarist and vocalist Kim Mitchell, and keyboardist Terry Watkinson. For fans of a certain vintage, many will remember Max Webster as the opening act for Canadian rock legends “Rush” on many of their tours across Canada, the US and Europe in the early 1980s.